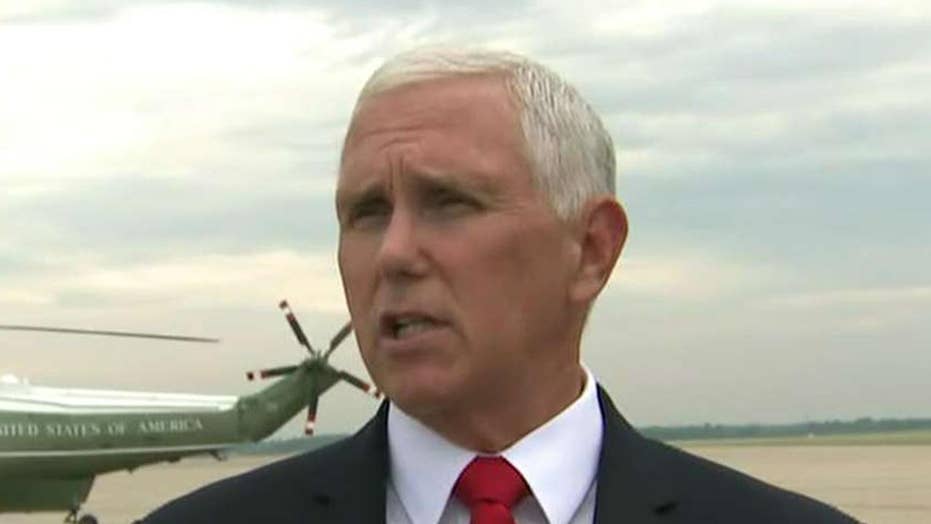 Delaware Democrat Sen. Tom Carper worries that a tariff hike on Mexico could cause an even larger influx of illegal immigration; Mike Emanuel reports from Capitol Hill.

Vice President Mike Pence said the U.S. was encouraged by Mexico’s latest proposals but that, so far, tariffs still were set to take effect on Monday, as administration officials told Fox News there's no imminent deal.

Pence said Thursday afternoon: “The president has no timetable. We’ve announced that … tariffs are going to be imposed on all goods coming from Mexico on Monday … if we don’t see the results that we need to see. If we don’t see action by Mexico in the months ahead, those tariffs will increase, but that being said, the Mexico delegation asked for an opportunity to meet and bring us proposals about how they can address this issue and respond to the president’s call for action, and we listened to them yesterday.”

Two administration officials tell Fox News that while talks have been going well with Mexico -- and that Mexico is making some fresh proposals -- notions of an imminent deal are untrue.

Pence, monitoring the talks from his travels in Pennsylvania,  led the discussions on Wednesday with Secretary of State Mike Pompeo and other U.S. officials, and he added that it would be “for the president to decide” whether Mexican was doing enough to head off the tariffs.

Pence said that among other issues, negotiators had been discussing a potential agreement to make it difficult for those who enter Mexico from other countries to claim asylum in the U.S. Mexico has long resisted that request.

Reuters reported Thursday that Mexico’s Finance Ministry is blocking the bank accounts of 26 people for their alleged “probable links with human trafficking and illegal aid to migrant caravans.”

Trump has threatened to impose a 5 percent tax on all Mexican goods beginning Monday as part of an escalating tariff regime opposed by many in his own Republican Party.

Trump has embraced tariffs as a tool he can use as leverage against other countries, dismissing the idea of any potential harm to American consumers and manufacturers.