Michael Cohen, President Trump’s longtime attorney, is facing renewed scrutiny over his business dealings -- as the individual who touched off the controversy by leaking his financial records speaks out on why he did it.

The Washington Post reported late Wednesday that Cohen had solicited a $1 million payment from the Qatari government in 2016 in exchange for access to the incoming Trump administration.

The revelation came after multiple outlets reported last week that Cohen had used his relationship with Trump to get millions of dollars from companies looking for similar access.

According to the Post, those included AT&T, pharmaceutical company Novartis, a Korean defense contractor and Columbus Nova, a New York-based investment firm which has been linked to a Russian oligarch.

But the pitch to Qatar, which was reportedly declined, marks the first report of Cohen dealing directly with a foreign government and could raise significant ethical questions.

As Cohen fends off those questions, though, speculation has mounted over how his financial records were made public in the first place.

Michael Avenatti, the lawyer for adult film actress Stormy Daniels, first cited those records last week, as other media outlets confirmed them. (Cohen is being investigated in part over a $130,000 payment he made to Daniels in the weeks leading up to the 2016 election in exchange for her silence over an alleged sexual encounter with Trump in 2006.)

But an individual came forward, anonymously, on Wednesday to claim responsibility for leaking those records showing Cohen used a shell company to receive payments.

The law enforcement official, speaking to The New Yorker, claimed he did it because he was concerned about allegedly missing files.

The documents in question are known as “suspicious activity reports,” or SARS, and were filed by a bank that Cohen used. Banks are required to file such reports when they notice transactions that may break the law -- and such records can be accessed by law enforcement.

But the anonymous source told the outlet that two SARS detailing more than $3 million in additional transactions were missing from the database maintained by the Treasury Department’s Financial Crimes Enforcement Network (FINCEN).

“I have never seen something pulled off the system...That system is a safeguard for the bank. It’s a stockpile of information. When something’s not there that should be, I immediately became concerned,” the official reportedly said. “That’s why I came forward.”

Yet leaking such confidential documents is a federal offense, and experts gave varying accounts to The New Yorker about how concerning the missing reports really were. 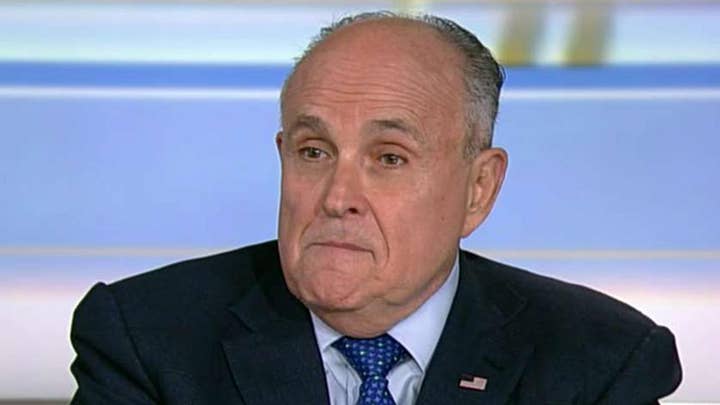 While one called it "explosive," another suggested that it may be that the FBI or Southern District of New York investigators reached out to FINCEN to limit the disclosure of the SARS. The FINCEN website also says that documents deemed "highly sensitive" may be moved out of the main file.

Benjamin Wittes, a senior fellow at Brookings and editor in chief of the Lawfare blog, expressed skepticism in a thread on Twitter. He argued that the bank likely still has a record of the transactions and the SARS themselves, meaning that even if there was data loss at FINCEN, it would be unlikely to affect the Mueller and SDNY probes.

"Moreover, were such a data loss to be discovered—as I’m pretty sure it would be if such records were under scrutiny—and the destruction were intentional and malicious, that would likely be traceable," he tweeted. "That’s the sort of the thing prosecutors will find very interesting."

The Treasury’s Inspector General has launched a probe into the leak of the documents, as they are confidential. The Treasury was expected to make a statement soon in regards to the report by The New Yorker and the probe.

The single line, included at the bottom of a page in the middle of the latest financial report, helps explain why Trump legal team member Rudy Giuliani publicly acknowledged the payment for the first time earlier this month, during a Fox News interview.

While Trump has denied the underlying allegations, a source told Fox News on Wednesday that Giuliani came forward regarding the payment because he knew it would be in the next financial disclosure report to the Office of Government Ethics.