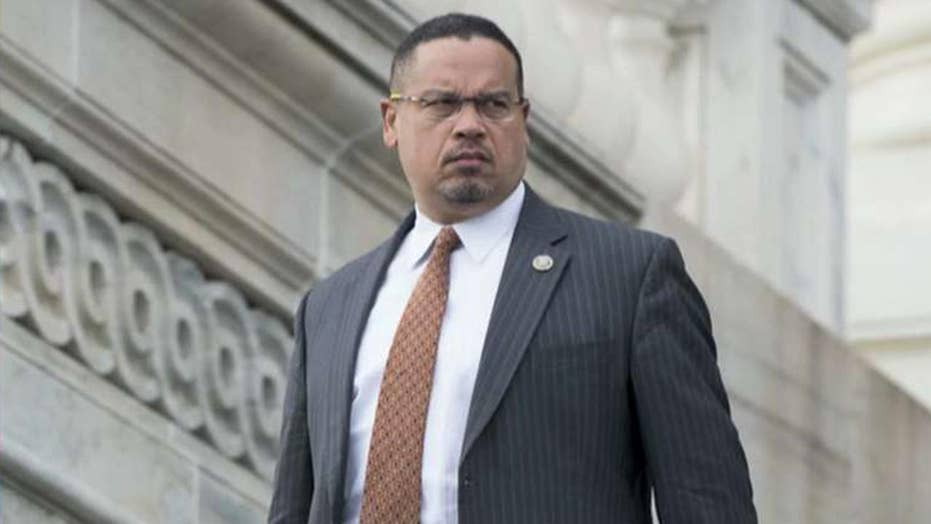 The chairman of the Minnesota Democratic–Farmer–Labor Party (DFL) on Wednesday directly challenged the credibility of the woman accusing Attorney General nominee Keith Ellison of domestic violence, telling a reporter, "I don't believe her."

Ken Martin said that he instead "believes our investigation," referring to a probe conducted by a partner at a law firm that donated more than $500,000 to Democrats since 1998, including $50,000 to Ellison. The DFL is affiliated with the Democratic Party.

The review by Susan Ellingstad, who is currently a partner at Lockridge Grindal Nauen P.L.L.P, was "unable to substantiate" the claims by Karen Monahan, a former girlfriend.

She came forward earlier this year alleging that Ellison, who currently serves as a congressman, sent her threatening text messages, and once screamed obscenities at her as he dragged her off a bed by her feet. Monahan also claimed to have a video of the episode, but has refused to publicly disclose it, saying it is "embarrassing."

But Martin, speaking at a news conference at the state Capitol, and referring to Monahan by her first name, was unconvinced.

"I support Karen bringing her allegations forward, and I support there being an investigation into those," he said. "We conducted an outside, independent investigation, and that investigation showed we could not substantiate her claim of domestic abuse. And so I do not believe her — I believe our investigation."

Monahan is standing by her allegations. In recent weeks, she published a 2017 medical document that identifies Ellison as the person who caused “emotional and physical abuse.”

The lawyer's probe into Monahan's allegations noted that Monahan talked about the allegations with her therapist in June 2018. But after reviewing therapist's notes, the lawyer deemed Monahan's story "inconsistent" as she said Ellison "dragged" her off the bed rather than "tried to pull her off the bed."

Martin's comments come as a new poll shows that Ellison, who also serves as the deputy chair of the Democratic National Committee (DNC), is trailing Republican Doug Wardlow in the attorney general race.

A Star Tribune/MPR News Minnesota Poll shows Ellison behind Wardlow by 7 percentage points, receiving 36 percent of support from the voters. Wardlow is supported by 43 percent of the poll participants, the Star Tribune reported. The latest poll is a spectacular turnaround for the Republican, who merely a month ago was trailing by five points against one of the most prominent Democrats in the party’s establishment.

The shocking shift took shape after Republicans hammered Democrats' approach to the allegations against Ellison, which they said contrasts sharply and hypocritically with their reaction to the sexual misconduct allegations against now-Associate Justice Brett Kavanaugh. 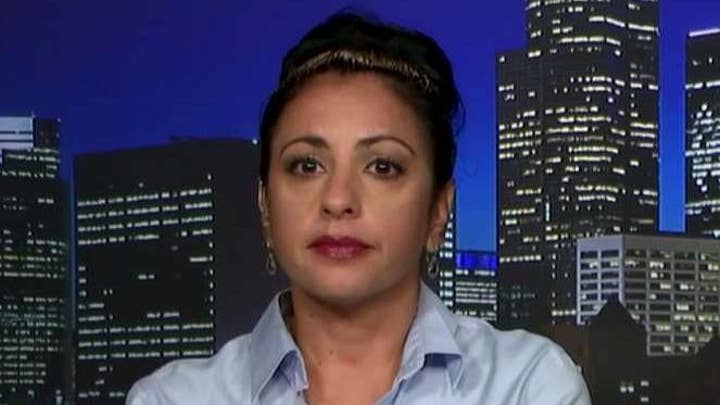 A supplemental background check by the FBI found no corroboration for any of the claims against Kavanaugh. And his most prominent accuser, Dr. Christine Blasey Ford, repeatedly refused to turn over therapist notes from 2012 that she claimed bolstered her allegations against Kavanaugh.

Other polling has shown that Republican voters became more energized after the Kavanaugh confirmation battle.

GOP Minnesota Senate candidate Karin Housley expressed her frustration on Fox News' "Hannity" earlier this month that her opponent, Sen. Tina Smith, continued to campaign with Ellison even as she called the Kavanaugh accusations "very serious."

"Judge Brett Kavanaugh denied his allegations under oath," Housley said. "Democrats, when it's one of their own, it didn't happen. ... To use this for political power is disgusting," Housley said.