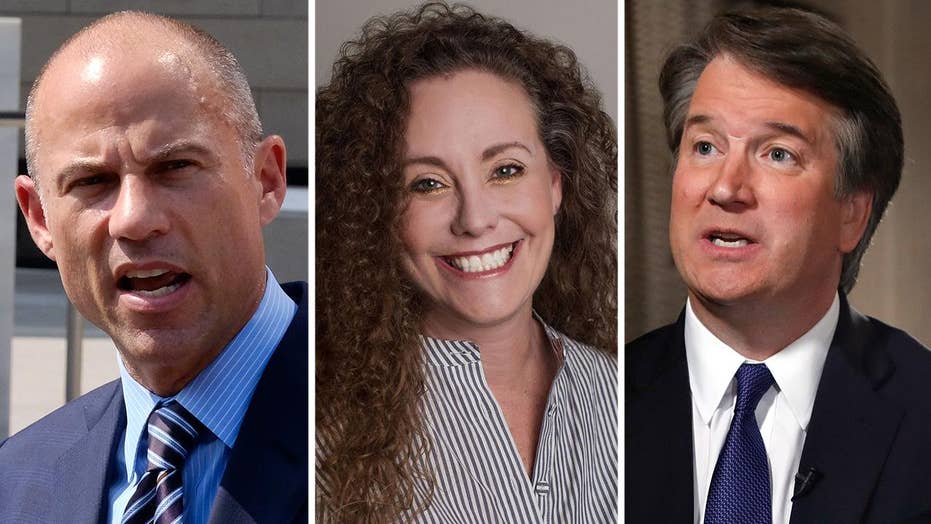 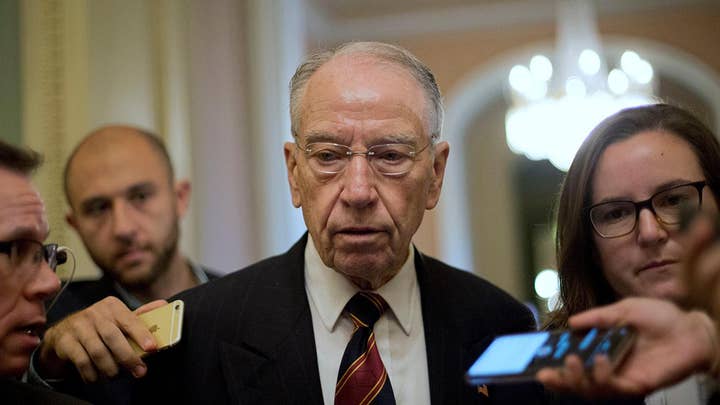 “When a well-meaning citizen comes forward with information relevant to the committee’s work, I take it seriously. It takes courage to come forward, especially with allegations of sexual misconduct or personal trauma. I’m grateful for those who find that courage,” Grassley wrote.

“But in the heat of partisan moments, some do try to knowingly mislead the committee. That’s unfair to my colleagues, the nominees, and others providing information who are seeking the truth,” Grassley continued. “It stifles our ability to work on legitimate lines of inquiry. It also wastes time and resources for destructive reasons.”

Avenatti fired back within minutes.

"This is clearly political," he told Fox News. "And fortunately for us, Senator Grassley isn't too smart -- or I should say bright. This was a major mistake on his part. He just cracked open the door and I'm going to drive a Mack Truck through it."

Avenatti added that his client Swetnick "looks forward to comparing her credibility to that of Judge Kavanaugh's."

In a fiery press conference Thursday afternoon, Avenatti charged that "Senator Grassley, nor the White House, would allow the FBI to meet with a single witness relating to my client's accusations. He would not allow the FBI to interview my client, despite our repeated demands."

EX-BOYFRIEND: SWETNICK THREATENED TO KILL MY UNBORN CHILD, WAS 'EXAGGERATING EVERYTHING'

"Senator Grassley just stepped in it, to be clear," Avenatti told reporters. "Thank you, Senator Grassley. It is Christmas in October. ... It is phenomenal. They want to make this an issue? I say, bring it."

In the letter, Grassley cited contradictory statements by both Avenatti and Swetnick in media interviews, specifically pointing to an NBC interview on Oct. 1, when Swetnick walked back the claim that she watched Kavanaugh spike the punch at parties.

“I saw [Kavanaugh] giving red solo cups to quite a few girls,” Swetnick said in the interview, adding that she didn’t “know what he did.”

Swetnick merely claimed she “saw him” by the punch—a comment that contradicted her sworn statement to the committee.

Grassley also said that Avenatti and Swetnick provided “simply no credible evidence that Ms. Swetnick ever even met or socialized with Judge Kavanaugh,” but said “there is substantial evidence they did not know each other.”

Grassley blasted both Swetnick and Avenatti's credibility, citing past personal and financial dealings. 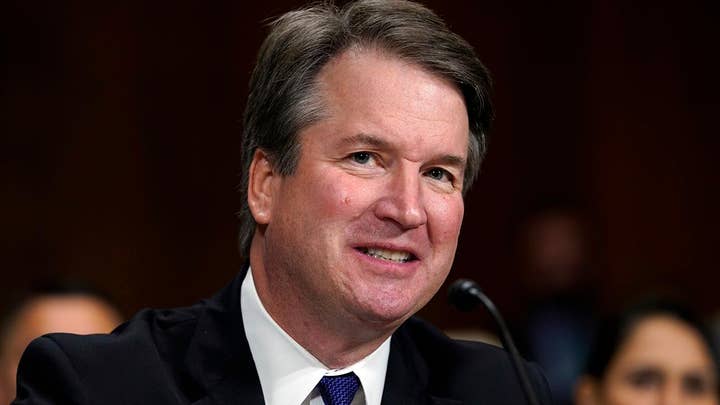 Kavanaugh was first accused of sexual assault by Dr. Christine Blasey Ford, who shared her testimony on Capitol Hill last month. Ford accused Kavanaugh of pinning her to a bed and trying to remove her clothing at a high school party more than 30 years ago.

Following Ford’s allegations, Swetnick and Deborah Ramirez, who claims Kavanaugh exposed himself to her while at a dorm party during their freshman year at Yale University, also came forward.

Kavanaugh vehemently denied the allegations, in sworn written statements and in testimony before the Judiciary Committee.

After bipartisan calls, the allegations were further investigated as part of an FBI supplemental background probe. Republican senators briefed on the findings said there was no evidence to support the allegations.

Earlier this month, Kavanaugh was confirmed by the Senate on a 50-48 margin to the high court, and sworn in by Trump at the White House.

Grassley’s criminal referral of Avenatti and Swetnick was not the first connected to the Kavanaugh confirmation process – last month, Grassley referred an individual who made false sexual assault allegations against Kavanaugh.

”Thankfully, the law prohibits such false statements to Congress and obstruction of congressional committee investigations,” Grassley wrote in his letter Thursday. “For the law to work, we can’t just brush aside potential violations. I don’t take lightly making a referral of this nature, but ignoring this behavior will just invite more of it in the future.”