How did reporters get Dr. Christine Ford's story?

Conflicting stories emerge regarding how Dr. Ford's identity was leaked; insight on 'The Ingraham Angle.'

Senate Judiciary Committee Republicans released an executive summary of the FBI's confidential supplemental background investigation into Supreme Court nominee Brett Kavanaugh late Thursday, which key swing-vote senators vowed they would continue to review Friday ahead of a major vote on his confirmation.

According to the summary of the report, FBI agents interviewed 10 people and reached out to 11. They focused exclusively on witnesses with potential first-hand knowledge of alleged sexual misconduct by Kavanaugh.

Notably absent from the witness list were any individuals directly related to the allegations of Julie Swetnick, who claimed in a sworn statement that she had witnessed Kavanaugh participating in systemic gang rapes decades ago.

Swetnick's credibility has taken a beating in recent days, with one ex-boyfriend telling Fox News she "exaggerated everything" and had threatened to kill his unborn child. Another ex-boyfriend similarly cast doubt on her credibility, as reports surfaced that she had previously been sued for allegedly concocting false sexual harassment claims. Swetnick is represented by anti-Trump lawyer Michael Avenatti.

Among those questioned were Mark Judge, PJ Smyth, and Leland Keyser, the three individuals Christine Blasey Ford claimed were present in the house when Kavanaugh allegedly threw her on a bed and sexually assaulted her sometime in the 1980s (Ford has variously claimed the episode occurred in the mid-1980s and early 1980s, before testifying that it occurred in 1982).

"There is no corroboration of the allegations made by Dr. Ford or Ms. Ramirez."

All three of those individuals had already provided statements to the Judiciary Committee under penalty of felony denying any knowledge of the alleged assault. Keyser, Ford's lifelong best friend, denied ever knowing Kavanaugh. When questioned about Keyser's statement at last Thursday's hearing, Ford suggested Keyser was having serious medical issues and had apologized for her denial.

In a twist, Keyser told FBI investigators that she felt pressured to clarify her original statement saying she was unaware of any incident involving Kavanaugh and Ford, according to a Wall Street Journal report. Keyser, who later said she believed Ford even though she could not corroborate her story, told the investigators that she was urged to clarify her statement by Monica McLean, a former FBI agent and friend of Ford’s. (Ford's ex-boyfriend told the Judiciary Committee that Ford had helped McLean prepare for a polygraph, directly contradicting Ford's sworn testimony last Thursday).

Judge was also questioned "extensively" about other allegations besides Ford's, according to the Judiciary Committee. Democrats had called for Senate Republicans to subpoena Judge, a longtime friend of Kavanaugh's, so that they could question him about the nominee's drinking habits and high school yearbook references.

Additionally, the FBI interviewed two individuals named in Kavanaugh's July 1, 1982 calendar entry, which some observers said could have described the gathering where Ford was purportedly attacked. Those individuals were his longtime friend Christopher Garrett and Timothy Gaudette, whose house Kavanaugh visited for beers on July 1, according to his calendar. An attorney for one of those witnesses was also interviewed. 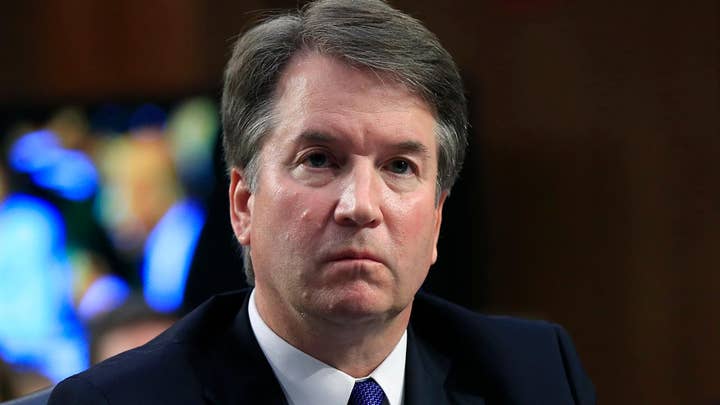 Finally, the FBI interviewed Deborah Ramirez, the woman who claimed in an explosive New Yorker piece that Kavanaugh had exposed himself to her at a Yale party. The FBI also interviewed two alleged eyewitnesses identified by Ramirez, and tried to interview a third, but that individual refused to cooperate. Agents also interviewed one of Ramirez's close friends from college.

Ramirez had previously acknowledged to The New Yorker that, as recently as last month, she was not sure Kavanaugh was the one who exposed himself to her. She then changed her mind after speaking to an attorney for less than a week, according ot the magazine. Kavanaugh testified last Thursday that he had heard Ramirez was asking former classmates at Yale about the alleged episode during the summer, apparently trying to "refresh" their memories in a manner he implied was inappropriate.

One of Ramirez's lawyers complained on Twitter this week that the FBI did not appear to be conducting a "serious" investigation because, he claimed, the agency failed to reach out to some of the dozens of witnesses he had suggested.

Nevertheless, for several hours on Thursday, senators from both parties filed in and out of the Capitol Building's Sensitive Compartmented Information Facility (SCIF), where they pored over the FBI's full report in a private, secured setting. Senators were not allowed to take the report out of the SCIF.

Maine Republican Sen. Susan Collins, considered a key potential swing vote on Kavanaugh, said Thursday that the bureau’s supplemental background probe “appears to be a very thorough investigation.” On Thursday afternoon, however, she remained in the SCIF for more than an hour and a half, causing some consternation among Republicans.

“All of that time, she still doesn’t know?” one source asked Fox News.

And Arizona Republican Sen. Flake, who originally requested the FBI re-open its investigation into the sexual assault claims leveled against Kavanaugh by Ford, agreed with Collins' assessment.

However, Flake continued to keep the public guessing, returning to view the report again and saying he has "more reading" to do. He pulled a surprise last week when he publicly backed Kavanaugh, then demanded the FBI probe before a final vote.

Top Democrats, though, minced no words about the FBI's report, saying the bureau's inquiry should not have been restricted to one week. President Trump has said the FBI had the authority to interview "whoever" they wanted, but Democrats also alleged that the administration had meddled in the investigation.

"Well, that report -- if that's an investigation, it's a bull---- investigation," Sen. Bob Menendez, D-N.J., told a man as he walked through the Capitol complex on Thursday. "The reality is, that was not a full and thorough investigation."

The investigation's one-week time limit, Flake and other Republicans said, was necessary to avoid bogging down Kavanaugh's nomination with a never-ending probe into various uncorroborated, lurid accusations, which all related to alleged events more than three decades ago.

Ford's attorneys also sharply criticized the FBI for not reaching out to interview their client, who testified at length during Thursday's hearing. They told Judiciary Committee Chairman Chuck Grassley, R-Iowa, that they would only turn over Ford's therapist notes if the FBI interviewed their client.

Ford has extensively cited her 2012 therapy notes as a kind of corroboration for her claims but has not provided them -- even in part -- to investigators. (The Washington Post said Ford had shared a "portion" of her notes with their reporters, but under oath on Thursday, Ford said she could not recall whether she had actually done so, or merely described the notes).

Late Thursday, Grassley ripped into Ford's attorneys for their request, and suggested in an exasperated letter that they simply wanted to stall Kavanaugh's confirmation at any cost.

"Your response on behalf of your client is a non-sequitur," Grassley wrote in the letter. "It’s not even clear to me what purpose turning over these materials to the FBI would accomplish. The FBI would simply turn over that evidence to the Senate. That is precisely the outcome I seek with this request."

Furthermore, Grassley added, "The U.S. Senate doesn’t control the FBI. If you have an objection to how the FBI conducts its investigations, take it up with [FBI] Director [Christopher] Wray."

Grassley concluded by implying that Ford's attorneys weren't disclosing her therapist notes because they did not, in fact, back up her claims.

A final vote on Kavanaugh's confirmation is expected Saturday. A key procedural vote to end debate on his nomination is set for Friday morning.