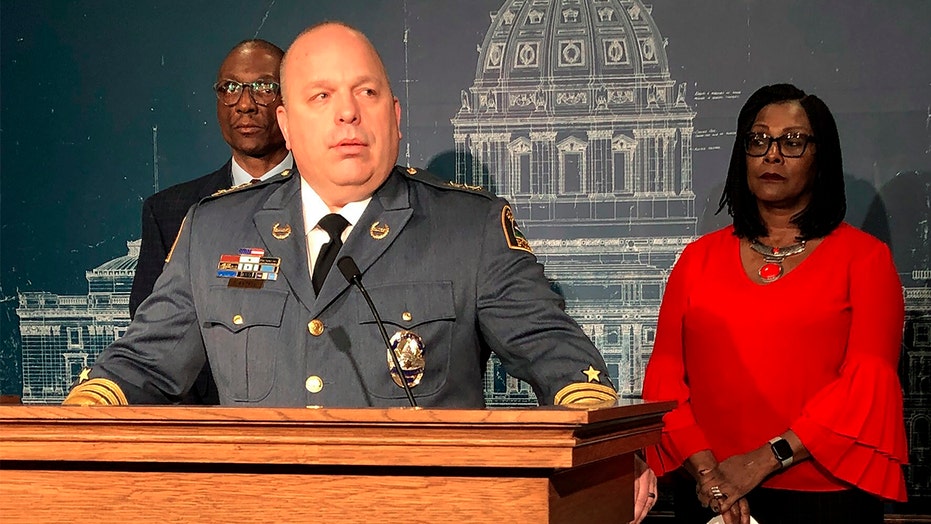 Minnesota lawmakers are pushing to remove a clause from the state constitution that allows slavery and involuntary servitude as punishment for crimes, according to a report.

The bill of rights in the 1857 Minnesota Constitution says: “There shall be neither slavery nor involuntary servitude in the state otherwise than as punishment for a crime of which the party has been convicted.”

St. Paul Police Chief Todd Axtell speaks at a news conference with lawmakers at the state Capitol in St. Paul, Minn., on Thursday, Feb. 20, 2020, in support of an amendment to to remove a clause allowing slavery and involuntary servitude as punishment for crimes from the state Constitution. (AP Photo/Steve Karnowski)

The proposed amendment would strike the punishment exception, leaving a total ban in place.

“It’s inappropriate that language mentioning slavery still exists in our constitution, even if’s narrowly constructed and, some would say, obsolete,” St. Paul Democratic Rep. John Lesch said at a news conference on Thursday. “While we’ve undoubtedly made progress in expanding civil rights, racial bias remains persistent in our state and we see the effects of that in the news every day.”

Lesch will get a hearing Tuesday on his proposal to ask voters in November to remove the offensive, archaic language from the state's constitution.

St. Paul Police Chief Todd Axtell, who had been bothered by the language for some time, made it his New Year’s resolution to get it deleted, he said.

If the language is troubling for Axtell and Lesch, who are white, it’s personal for Democratic Rep. Rena Moran, the great-great-granddaughter of slaves, who said it’s unacceptable to sanction slavery or involuntary servitude under any context.

She went on to add: “Make no mistake, this amendment won’t solve every problem that African-Americans still face. It will, however, provide a pathway helping to heal century-old wounds.”

The proposal seems likely to win support in the Democratic-controlled state House. It’s being sponsored in the Republican-controlled state Senate by Sen. Bobby Joe Champion, an African-American from Minneapolis, who is hopeful he can persuade Senate leaders to take it up. No organized opposition has emerged.

GOP Senate Majority Leader Paul Gazelka said at a separate news conference Thursday that he’s “certainly willing to take a look at it.”