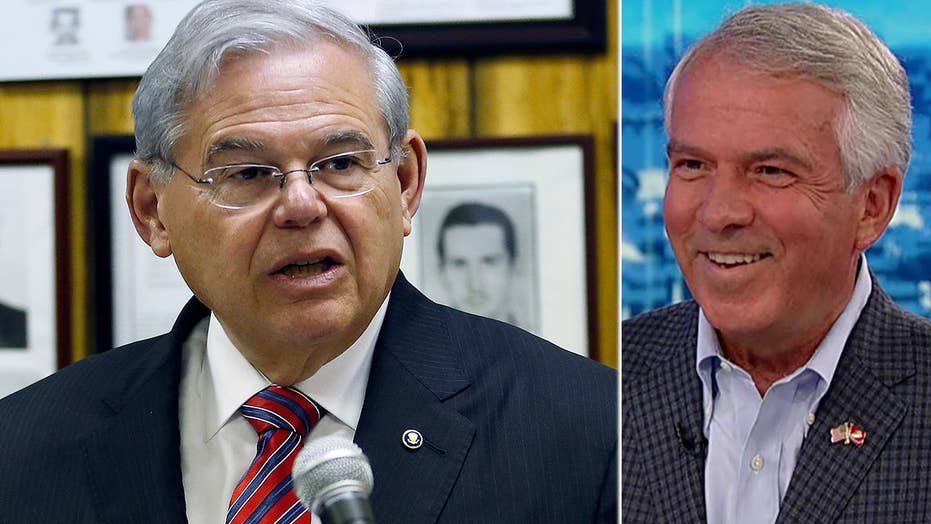 U.S. Sen. Bob Menendez, a New Jersey Democrat who survived a corruption trial last year, is forcing his party to spend big on him as he struggles to fend off a Republican challenger.

Bob Hugin, a former U.S. Marine and pharmaceutical executive, has cut Menendez's lead to a mere 6 points, according to a Quinnipiac University poll released last week. Back in March, when the race began, Hugin trailed by 17 points and it appeared as if Menendez was on his way to an easy victory.

Hugin attacked Menendez over the weekend, saying that if he hadn't decided to run, Menendez would likely have been re-elected without facing any real opposition.

“My wife and I were just offended that Bob Menendez was going to be reelected without any real opposition. He’s had 35 years of being involved in corruption,” Hugin said during an interview with New York's WNYM-AM radio, according to the Hill.

Democrats have taken notice of Menendez’s struggling campaign, pouring in $117,000 for ads in recent weeks.

Adding to Menendez's misery, James Fozman, a Democratic city councilman in the Jersey Shore township of Brick, has snubbed Menendez and instead endorsed Hugin.

“I’m endorsing [Hugin] to restore the honesty and integrity to the office,” Fozman told Brick Shorebeat. “We strongly believe in protecting our environment on issues like solar and wind, and opposing offshore drilling.”

Fozman told the outlet that he considered leaving the party over its continued support for Menendez, who wasn’t able to get the support of nearly 4 in 10 of the state's Democrats.

Those state Democrats went on to support an unknown challenger in the primary who spent no money against Menendez.

But while Fozman's opposition to Menendez may not decide the election, it raises larger questions about whether the senator, who eluded a corruption conviction thanks to a hung jury in November, is capable of retaining his seat.

“The DSCC is starting to spend in conjunction with @BobMenendezNJ in a race he is very much in danger of losing. This will no doubt trigger a dozen more Beto think pieces,” Hansen tweeted.

Hansen was referring to Democrats’ hopes to turn Texas blue and replace Sen. Ted Cruz with Rep. Beto O’Rourke, the rising star of the moderate Democratic Party who’s been receiving especially favorable media coverage, all while their candidates are struggling in already solid-blue states.

“With the DSCC and outside groups having to spend big in expensive states like New Jersey and Florida, it’s no surprise red state Dems are acting like it’s the Hunger Games for Chuck’s money,” NRSC communications director Katie Martin told the Washington Free Beacon.