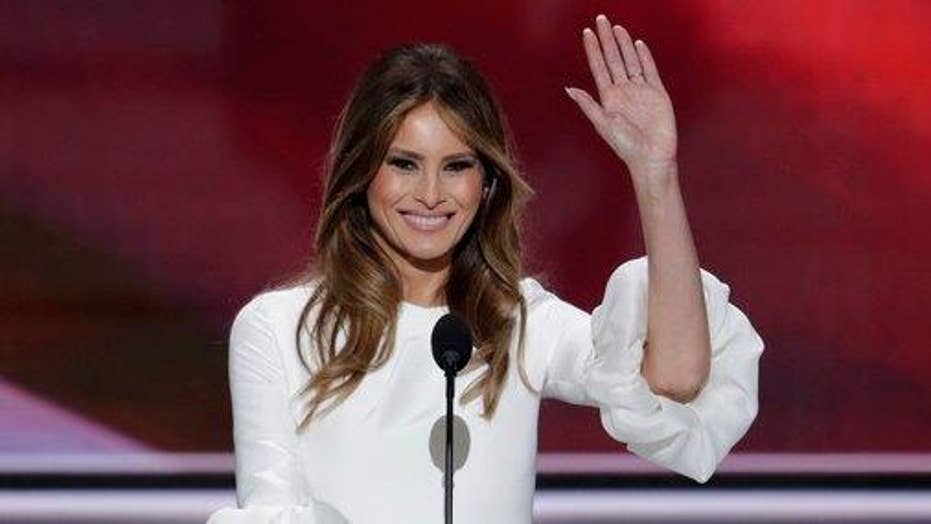 President-elect Donald Trump said Sunday that his wife and 10-year-old son will not move into the White House right away, but will remain in New York until the end of the school year.

Trump spoke to reporters gathered at his golf club in Bedminster, N.J., during a day of private meetings with potential administration officials. He said he will live in the White House, while wife Melania and son Barron will follow "right after he finishes school."

The New York Post first reported Sunday that Melania, 46, would not move into the White House immediately following her husband's inauguration in January.

"Melania is extremely close to Barron, and they have become closer during the campaign,” a Trump source told the paper. “The campaign has been difficult for Barron, and she is really hoping to keep disruption to a minimum."

Trump lives with his wife and son in the penthouse apartment at Trump Tower in New York City. Barron attends a private school in the city.

Trump is not the first recent president to move to the White House with school age children. When President Barack Obama took office, daughters Sasha and Malia were 10 and 7. When Bill Clinton came to Washington, Chelsea Clinton was 12. All three White House kids moved during the school year and attended the Sidwell Friends, a private school in northwest Washington.

Trump has continued to spend most of his time in Trump Tower since winning the presidential election, which has prompted a massive security effort around the luxury building with bomb-sniffing dogs, security checkpoints and police barricades.