A new study predicts that the economic fallout of COVID-19 will dramatically increase Medicaid rolls at a time when the program has mitigated states' ability to control costs -- creating a perfect storm for a "tidal wave" of $440 billion in new spending.

Because Congress has blocked states from shedding beneficiaries who no longer qualify, the program could see upwards of 55 million new enrollees, the Foundation for Government Accountability (FGA) argued on Wednesday. The group claims that "this represents a staggering 73 percent spike in Medicaid dependency from 2019 levels."

Some of the hardest hit states include the key swing states of Michigan ($13.9 billion), Illinois ($9.2 billion), and Pennsylvania ($20.3 billion).

WHY ARE 28 MILLION ABLE-BODIED ADULTS ON MEDICAID? EXPANDED WORK REQUIREMENTS COULD HELP FIX THAT

States are already facing high fiscal burdens due to the impact of COVID-19 and while Congress has offered relief, it's unclear if it will be enough. FGA is rejecting the idea that states should receive bail outs, and instead is calling on Congress to loosen some of the rules that are blocking states from weathering the economic storm on their own.

"Instead of obsessing over bailing out state budgets,Congress should provide immediate, needed relief to states by simply untying their hands. Doing so would save state and federal taxpayers billions of dollars in new, wasteful Medicaid spending on individuals who do not qualify for the program," write the study's authors, FGA's Nicholas Horton and Jonathan Ingram. 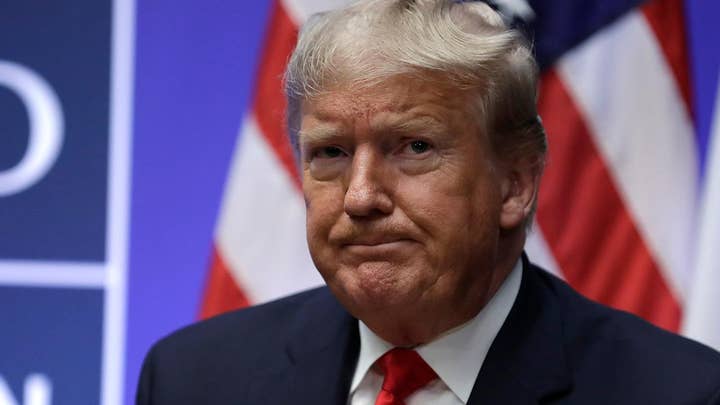 Further complicating the issue, Congress hasn't extended Medicaid relief during the pandemic to costs associated with the Medicaid expansion that some states undertook as part of the Affordable Care Act.

"So as expansion states enroll more and more able- bodied adults, they will bear more of the brunt of those costs," the authors wrote.

"In total, expansion states are expected to face an increase in Medicaid spending of nearly 80 percent, compared to less than 63 percent for states that rejected expansion."

While it's unclear when the pandemic will end, Health and Human Services (HHS) announced on Tuesday that it would distribute about $15 billion to eligible providers who participate in Medicaid and the Children's Health Insurance Program (CHIP).

"Healthcare providers who focus on treating the most vulnerable Americans, including low-income and minority patients, are absolutely essential to our fight against COVID-19," read a statement from HHS Secretary Alex Azar. "HHS is using funds from Congress, secured by President Trump, to provide new targeted help for America's safety-net providers and clinicians who treat millions of Medicaid beneficiaries.

It seems unlikely the Congress will approve reforms amid the panicked-environment of a national pandemic. The House previously pressed HHS to expedite the disbursement of Medicaid funds. Earlier this month, a bipartisan letter from the House Energy and Commerce Committee pressed HHS on a timeline for future disbursement, warning that withholding funds could lead to long-term financial hardship for providers.

"We are concerned ... that providers that depend on Medicaid for a large source of their payments have not yet received a meaningful allocation from the [COVID-19 relief]. Many of these providers are safety net providers that operate on thin profit margins, if at all. The COVID-19 pandemic has strained their already scarce resources, threatening their ability to keep their doors open in the midst of a declared public health emergency."