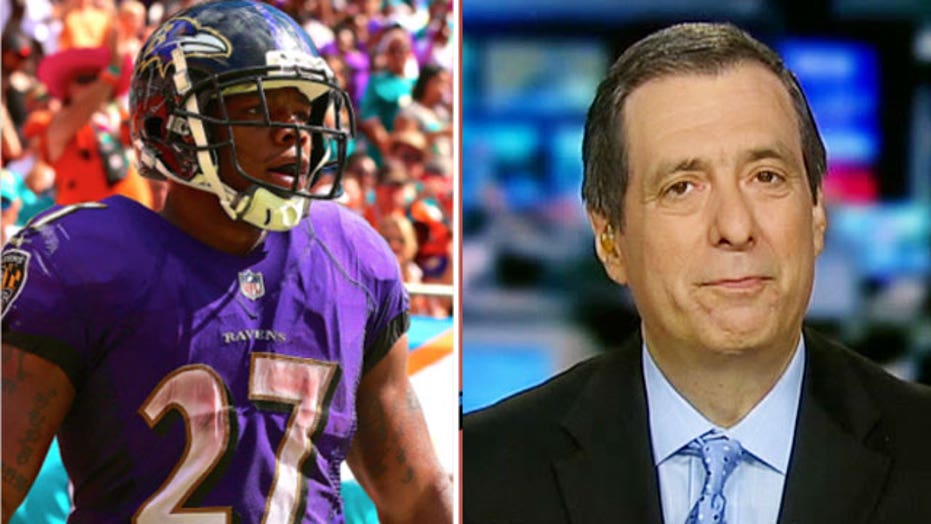 Okay, I have to tackle this one.

The media, which are not exactly immune to crazed obsessions, now stand accused of going off half-cocked on the NFL.

That is, there’s a backlash to the backlash against the league, an argument that the press has taken some cases of domestic violence and abuse and practically equated the National Football League with the evildoers of ISIS.

To wit: “On the NFL, the media has lost its collective mind.”

The argument comes from National Review Editor Rich Lowry, writing in Politico. And while I admire Lowry’s writing even when I disagree, on this one he is missing some crucial points.

Yes, the media do everything to excess, and the video of Ray Rice punching his fiancé was aired so many times that it became mind-numbing (to the point that the networks finally agreed to cut way back). As Lowry says: “The coverage of the Rice elevator video managed to combine moralistic preening with voyeuristic pandering. Everyone on TV professed to be so outraged by domestic violence that they had to show a clip of a woman getting viciously punched, over and over again.”

And yes, cable news can cover such emotional stories in an endless loop. Lowry even likens the NFL coverage to the missing Malaysian plane.

But this is no longer a mere news story. It’s a cultural moment. We are actually engaging in that much-overworked phrase, a national conversation.

Roger Goodell’s initial wrist-slap for Rice quickly gave way to a focus on other cases. The furor forced the Carolina Panthers to bench Greg Hardy at the last minute after his conviction for throwing his ex-girlfriend in a bathtub, choking her and threatening to kill her. The uproar forced the Minnesota Vikings to sideline Adrian Peterson at the last minute after his conviction for child abuse in the whipping of his 4-year-old son. And if all this wasn’t bad enough, Jonathan Dwyer of the Arizona Cardinals was arrested Wednesday on assault allegations, with police saying he head-butted his wife and broke her nose after she refused him sex, and punched her in the face the next day. Lovely.

I’m glad the press is going nuts over this. Of course the problem is not limited to professional sports, but men like Rice, with their $10-million-a-year salaries, are cast as community icons. This is not a debate that should be limited to ESPN and the sports pages, as Lowry suggests. It’s been ghettoized there for too long. This is front-page, top-of-the-newscast stuff.

But Rich calls the outsized focus on football “patently absurd. Even if the NFL is spectacularly successful, it is still just a sports league. More specifically, it is a business that stages violent spectacles that will damage the brains of some significant portion of its participants. We really shouldn’t be expecting it to set our society’s standards.”

I for one don’t expect any sports league to set society’s standards. I do expect its well-compensated stars to live up to basic standards of decency. And I expect its leaders not to condone atrocious criminal behavior by taking little or no action. And I expect the media to hold both the leaders and the players accountable for their misconduct, whether or not there’s a video of a big man punching his girlfriend’s lights out.

In the end, Lowry circles around to the violent nature of the game itself:

“This is all so wildly disproportionate that perhaps something more than the usual ax-grinding, ratings-chase and group-think is at work. It may be that these cases are convenient ways to express a deeper discomfort with the NFL, which sacrifices men’s bodies and minds for our viewing pleasure every week.”

That, of course, partially explains why the sport is so popular, even as the NFL belatedly acknowledges the high incidence of concussions and the proportion of players left with brain damage.

I like football. I grew up playing in the street, dodging cars while throwing and catching passes. But I also believe that this wave of aggressive reporting on football and violence is way overdue, as is the broader discussion of  a crime that, as we’re learning, has traumatized many women who never make the headlines