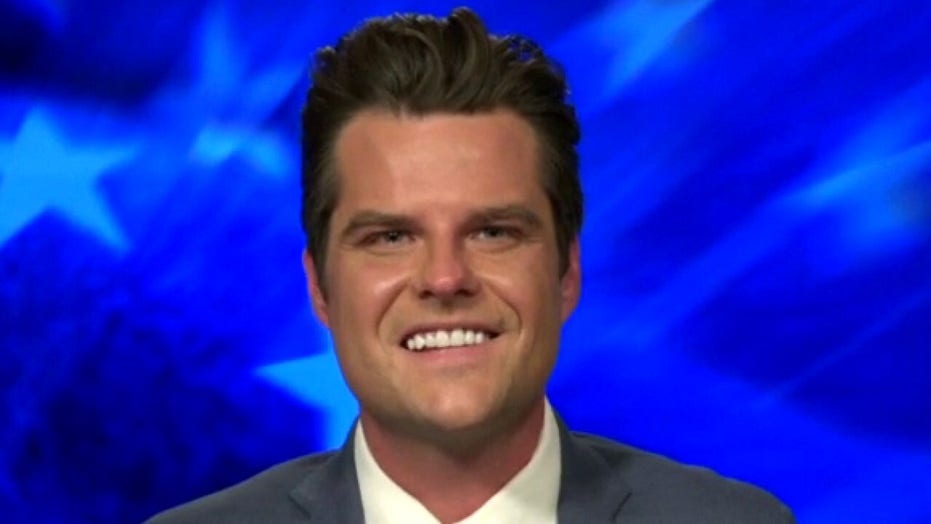 Gaetz on impeachment threat: We Republicans 'ought to use our power'

"The argument that Democrats, socialists, and apparently Collins and Murkowski are making is somehow, in the fourth quarter of a basketball game, everyone should take a pause to determine who's going to be the coach next season," Gaetz told host Tucker Carlson.

"This actually pretty simple, Tucker," Gaetz continued. "We, the Republicans, have the power and we ought to use it. Is there any doubt if Democrats and socialists and the woke-topians controlled the presidency and the Senate what they would do? They would be forcing us to accept some blue-haired genderless warlord from the CHAZ to be the next Supreme Court justice, but here we have Murkowski and Collins rejecting the duties that they have as senators.

"And if they do that," Gaetz went on, "their voters should reject them. Trump supporters should not be taken for granted in Maine, Alaska or anywhere else, and if they are unwilling to do their job and take a vote on who the president nominates, they should not have the privilege of continuing to serve in the Senate."

COLLINS SAYS SHE OPPOSES VOTING ON SCOTUS NOMINEE BEFORE ELECTION

Collins is seeking a fifth term this November and polls show her locked in a tight race against Democrat Sara Gideon. Murkowski is not up for reelection until 2022, but Trump has vowed to campaign against her whether or not he is in the White House.

Gaetz added that Senate Majority Leader Mitch McConnell, R-Ky., "views his entire legacy as the Senate leader as tied to the judiciary ... if he is unable to deliver this result for the president, one has to ask, 'What is the utility of Mitch McConnell?' I mean, we put up with the things about Mitch McConnell we don't like -- like his unwillingness to fight for the wall, his willingness to improverish towns in America with these trade deals for global organizations -- and we do it all because he is supposed to be a stud on judges."

"Mitch McConnell should put pressure on fellow senators," the congressman pronounced. "They should lose funding for their campaigns, they should lose committee assignments if they are unwilling to fulfill their duty."