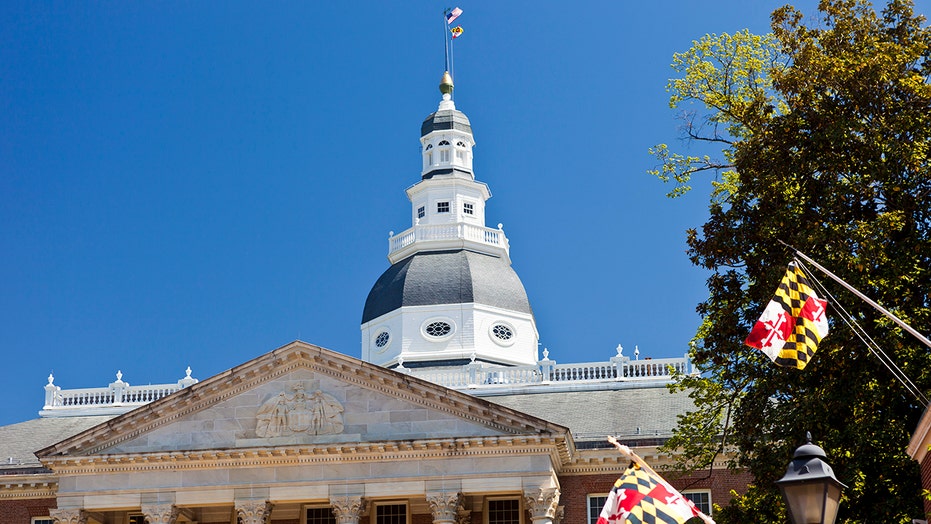 Maryland state lawmakers on Sunday announced that its legislative session will end Wednesday due to concerns about the coronavirus, and resume the last week of May for a special session.

State Senate President Bill Ferguson and House Speaker Adrienne A. Jones made the announcement during a Sunday afternoon news conference in the state's capital.

"We will remain working for Marylanders through Wednesday," he said.

The announcement came after Democrats in the Maryland Senate were plowing ahead with an effort to pass the "Blueprint for Maryland's Future," a controversial and expensive education bill. But, uncertainly loomed following a declaration of a public health emergency Thursday by Republican Gov. Larry Hogan.

The bill was based on recommendations from the Kirwan Commission, a 26-member group which prescribed huge increases in school spending. That spending, totaling upwards of $30 billion, would be mandatory for state and local governments if the state Senate were to pass its amended version of the bill and the state's House of Delegates signed off on it.

The bill then would go to Hogan's desk for his signature, but Democrats have had a veto-proof majority in both houses of the state legislature. It passed on second reading in the Senate Saturday and is expected to see a vote on a third reading Sunday, a step that would move the bill to a stage requiring either the House of Delegates to approve it as passed by the Senate or the two bodies to come up with a compromise bill. The state Senate Saturday also advanced two tax increases that would help fund the education bill.

The Historic Maryland State House In Annapolis Was Built In 1772. (iStock)

The move to push forward on the "Blueprint for Maryland's Future" legislation came after a statement Senate President Bill Ferguson and House Speaker Adrienne Jones last week, reported by WTOP, emphasized the need for the legislature to focus on moving "critical bills in an expedited fashion."

Republican State Senator and Minority Whip Stephen Hershey has been critical of moves to push tax increases and the spending increases that come with the Kirwan bill.

"I think it's somewhat irresponsible because of the panic and economic uncertainty again not just in the state but nationally and globally," he told Fox News. "To go forward with a bill that requires $32 billion in spending is a bit irresponsible."

Maryland Senate Minority Whip Stephen Hershey, a Republican, has been critical of Democrats' efforts to move ahead with an expensive education bill during the coronavirus panic.

The potential huge increase in spending has roiled Republicans, and Hogan has panned the plan as a harmful tax hike. The Washington Post, in an editorial, said the Kirwan plan that would be put into motion by the "Blueprint for Maryland's Future" is "just spending more without attacking the inherent problems or insisting on real accountability."

In a radio appearance on WBAL Friday, Maryland Comptroller Peter Franchot, a Democrat, warned legislators against passing measures that would put a crunch on Maryland taxpayers.

"Annapolis, for some reason, is in a bubble right now, and folks are stampeding in a rush to increase -- if you can believe it -- taxes by billions," Franchot said, "as if the House is not collapsing around us right now because of the coronavirus' impact on our state's economy."

Franchot said Thursday, according to the Baltimore Sun, that the coronavirus may have a "significant, if not historic," impact on the state's economy. Also according to the Sun, Andrew Schaufele, the director of the Bureau of Revenue Estimates, said the state could be headed for a "prolonged, full-blown recession."

Franchot continued in his radio appearance Friday: "I would like to knock, knock, knock on the bubble that currently sits over Annapolis and say, 'Look, the world has changed in the last few days. You may be the greatest supporters of education -- we all are -- in the world. But you've got to take a timeout. This is the worst possible time to vote for increased taxes.'"

Hershey says the state should put on hold on any major tax or spending increases and come back to them once it is more clear what the real effects of the coronavirus will be.

"I think at this point in time we should take a complete pause on this, let's reevaluate the entire education proposal and see where we are from ... revenue estimates, and move forward from there. I can't believe that they would really consider even passing through any types of taxes during this time of uncertainty."

Fox News did not receive a response to a request for comment to Maryland Senate President Bill Ferguson, a Democrat. However, Ferguson has previously defended the spending increases under the Kirwan plan as necessary.

"It’s going to cost more than we are spending today," Ferguson said, according to Maryland Matters, a website that covers Maryland politics. "That is a fact and a reality and something we have to own up to. I believe that what we see in front of us is not only an investment in the short term, it is a long-term investment that will reap long-term rewards. Not just in our educational outcomes, but in our economic productivity moving forward."

'I would like to knock, knock, knock on the bubble that currently sits over Annapolis and say, 'Look, the world has changed in the last few days.''

Hogan said in a Friday statement that the legislature should solely focus on "measures immediately necessary to protect the public health and safety of Marylanders," including the budget, confirming a new state police superintendent and passing emergency legislation that directly addresses the coronavirus.

Both houses of the legislature have also moved on bills related to health care access during the coronavirus crisis.

"It is impossible at this time to know how long this public health emergency will continue," Hogan said, "and it is critical for legislators to take these actions immediately in the event that this rapidly evolving situation requires them to immediately adjourn.”

A joint statement from a group of largely liberal organizations also urged the legislature to "swiftly go into recess" after it has "taken emergency-measures to address the public health crisis and the state budget."