What would the founding fathers think of today's modern media?

On a special edition of "Life, Liberty & Levin" set to air Sunday, Fox News host Mark Levin discusses his new book "Unfreedom of the Press" with fellow Fox News host Pete Hegseth and says the founders would be "astonished."

"I think they would be astonished at how monolithic... it is ideologically monolithic. And I don't think there's any question about that. You cannot find me a study or survey that says otherwise you cannot show me a study or survey that says a majority of this particular newsroom is conservative or either right of center even moderate Republican. There is none that exist," Levin told Hegseth.

Levin added: "I think Thomas Paine would be absolutely disgusted. And you know his great pamphlets made an enormous difference."

A 2016 study by the Center for Public Integrity revealed that 96 percent of donations made by journalists were made to Hillary Clinton's election campaign. 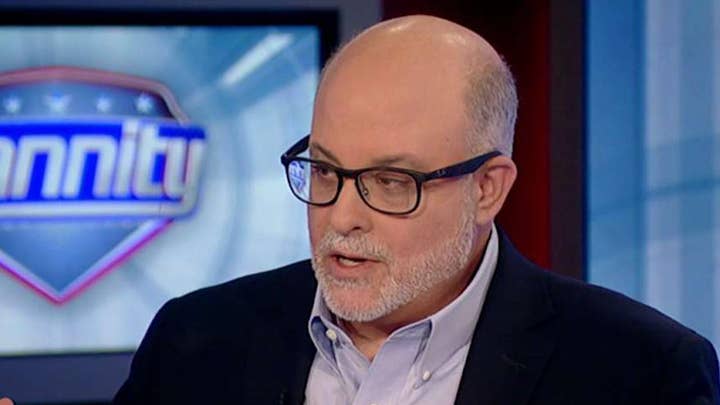 “The media everywhere is mostly liberal. But in this country, 85 percent of journalists are registered Democrats. So that’s just a fact, right?” Logan asked Ritland.

Levin also criticized the press' agenda which he believes works in the opposite direction of the country's early press he's dubbed the "Patriot press."

"And also the press today, it doesn't push the agenda of the Patriot press. Look the Patriot press, wasn't so much a news operation. It was pushing a revolution of certain principles and so forth. Yes the media today for the most part pushed the opposite principles," Levin said.

The author also accused cable and media outlets of pushing guests that push their agenda.

"You can also see what happens in a lot of these newsrooms. By the nature of the guests that they have and the so-called experts they have are the members of Congress who have repeat performances and you can see on again CNN, MSNBC but it's not just cable. It's the written word too," Levin said.