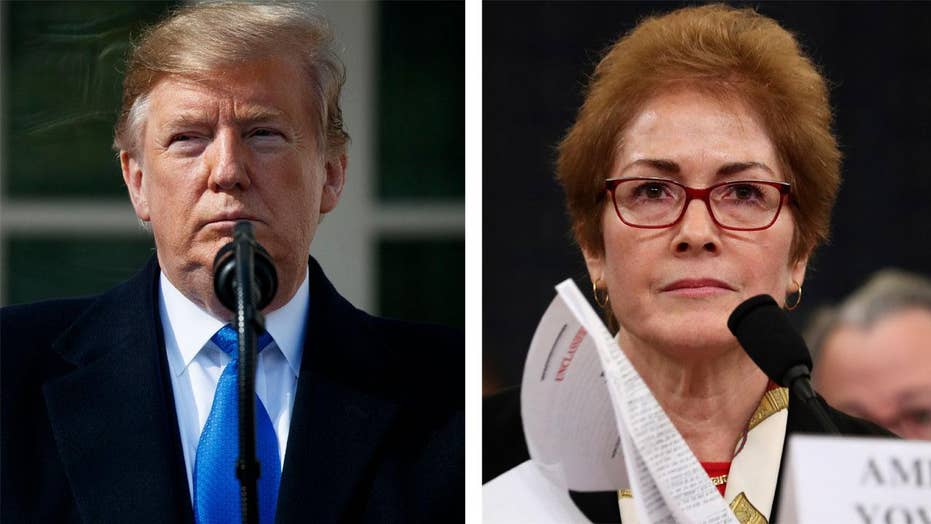 The full video of a 2018 meeting where President Trump was recorded telling associates that he wanted then-U.S. Ambassador to Ukraine Marie Yovanovitch fired has been released.

Marie Yovanovitch, the recently retired U.S. diplomat who testified during House impeachment against President Trump following her abrupt removal as ambassador to Ukraine, will receive an award Wednesday at Georgetown University for her diplomacy service.

Yovanovitch's acceptance of the Trainor Award from the Institute for the Study of Diplomacy at Georgetown marks her first public appearance since testifying before Congress in the impeachment proceedings.

Yovanovitch was a highly regarded career foreign service officer when Rudy Giuliani, serving as Trump's personal lawyer, provided the president with information that showed she impeded investigations that could have helped Trump.

After being removed from her post in May 2019 with no public explanation, she testified to Congress that she had pressed the Ukrainian government to address longstanding U.S. concerns about corruption and described a "concerted campaign" against her.

SCHUMER SAYS IMPEACHMENT HAS ‘BEEN A POSITIVE’ FOR DEMOCRATS

In her nearly 34-year career at the State Department, she received a series of promotions under both Republican and Democratic administrations.

In a recent op-ed in The Washington Post, she called it an honor to represent the United States as an immigrant to the country and defended her decision to speak up to Congress about what they saw as wrongdoing by the administration.