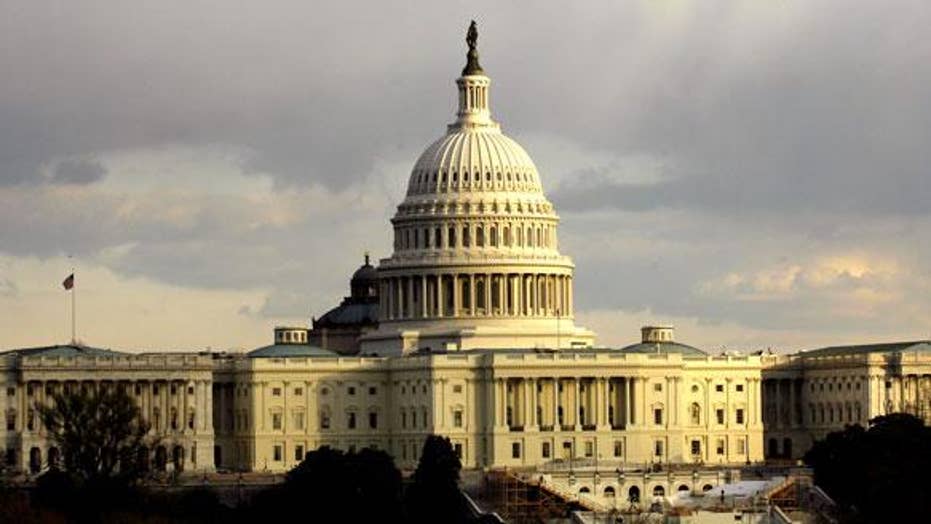 A former senior Capitol Hill aide with a lengthy career in the halls of Congress tells Fox News that during her long tenure there, male members would often “grade” female aides on their appearance and demeanor on the floor.

“They felt like they had the power to treat young women a certain way,” said the former aide.

Sen. Al Franken apologized Monday to “everyone who has counted on me to be a champion for women” as the Minnesota Democrat fought to bolster his support with his first Capitol public appearance since sexual harassment accusations against him emerged.

Franken spoke as lawmakers began returning from a weeklong Thanksgiving break that saw sexually tinged problems engulf two other legislators as well: Reps. John Conyers, D-Mich., and Joe Barton, R-Texas. Those revelations were on top of allegations that Alabama Republican Senate candidate Roy Moore sexually assaulted a 14-year-old girl and sought romantic relationships with other teenagers when he was in his 30s four decades ago, which he has denied.

The former staffer was also critical of Congressional leaders who sometimes looked the other way at the alleged harassment.

House Democratic Leader Nancy Pelosi is facing a backlash for defending Conyers and even questioning those accusing him of sexual harassment during a Sunday interview. Pelosi, D-Calif., touted Conyers on NBC’s “Meet the Press” as an American “icon.”

“We can’t legislate one way for here and have another set of rules for elsewhere,” said the former aide.

That said, she told Fox News that despite the “pervasive” culture of harassment on the Hill, “it has actually gotten better.”

Late Monday, Pelosi said she'd met with a woman who described “unacceptable and disappointing” treatment from Conyers when she worked for the Judiciary panel in the 1990s. Melanie Sloan, an attorney, told The Washington Post last week that Conyers criticized her appearance and once attended a meeting in his underwear, but said she didn't feel sexually harassed.

Conyers' counsel has denied Sloan's allegation. Pelosi said she believes Sloan and said the “ridiculous system” of secret settlements must be ended so accusers can speak to the Ethics committee.

Conyers, 88, the House's current longest-serving member, has relinquished his post as top Democrat on the House Judiciary Committee, and the House Ethics Committee is reviewing the case. He's denied the allegations.

Barton, a 32-year House veteran, has acknowledged sharing a nude photo of himself with an unidentified lover that was spread online. He's accused her of threatening to make it public when he ended the relationship.