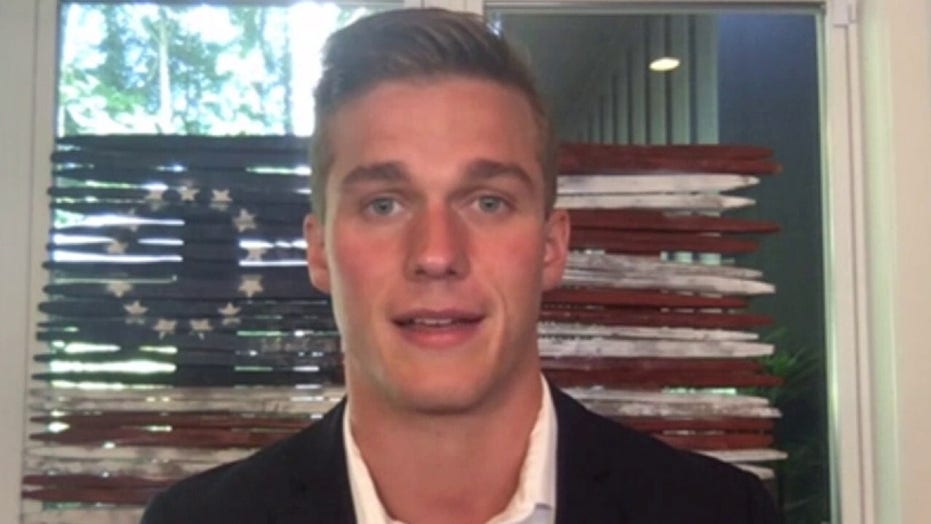 Madison Cawthorn, the 24-year-old Republican House candidate who beat a Trump-backed pick in the North Carolina primary on Tuesday, said Wednesday that the president called to congratulate him on a “beautiful” victory.

Cawthorn was asked on MSNBC's “Morning Joe” if he’d heard from Trump’s chief of staff, Mark Meadows, who -- along with the president -- endorsed Cawthorn’s opponent Lynda Bennett for the 11th Congressional District seat, which was vacated when Meadows left to join the administration.

“I have not heard from Mr. Meadows but I have heard from the president so far, it was an honor getting a call from Air Force One,” Cawthorn said.

Cawthorn said he thought the president recognized that his team ran a campaign that was “difficult to beat.”

“Also that we’re someone who can really help ease this partisan divide that’s going on in our country right now, help bring a lot of our voters together,” Cawthorn continued.

In a victory statement Tuesday night, Cawthorn said his victory was not a rebuke of the president.

"I want to make something clear: I support our great president," Cawthorn said in the statement that was posted to Facebook. "I do not believe this election has been a referendum on the president's influence. The people of western North Carolina are wise and discerning. You observed both candidates and simply made the choice you believed is best for our district."

Cawthorn's win -- which was called by The Associated Press less than two hours after the polls closed -- marks a rare victory over a candidate backed by Trump.

And she took to Twitter Tuesday morning to urge people in the district to “get out and vote today for Pro-Trump conservative Lynda Bennett. Lynda is the only candidate endorsed by President Trump, and she's the only candidate with a proven record of business experience to help carry out the President's agenda.”

Cawthorn, for his part, had won the backing of a slate of local officials and also received some support from a super PAC that backs candidates allied with Sen. Rand Paul of Kentucky.

Cawthorn finished second to Bennett in a whopping 12-candidate GOP primary in early March. The May runoff was delayed until June due to the coronavirus pandemic.

Cawthorn -- who won’t reach the constitutionally-mandated age of 25 to serve in the House until August -- will face Democrat Moe Davis, a former military prosecutor, in November.

Cawthorn was left partially paralyzed by a car accident in 2014 and credits adversity for inspiring him to jump into the race. He also credits the life-altering event for strengthening both his faith and his resolve.

Cawthorn is running on a platform of opposing tax increases, an “unsustainable” national debt and “socialized” medicine, according to his campaign website. He is pro-life and calls for term limits in Congress, as well as immigration reform to enhance border security.