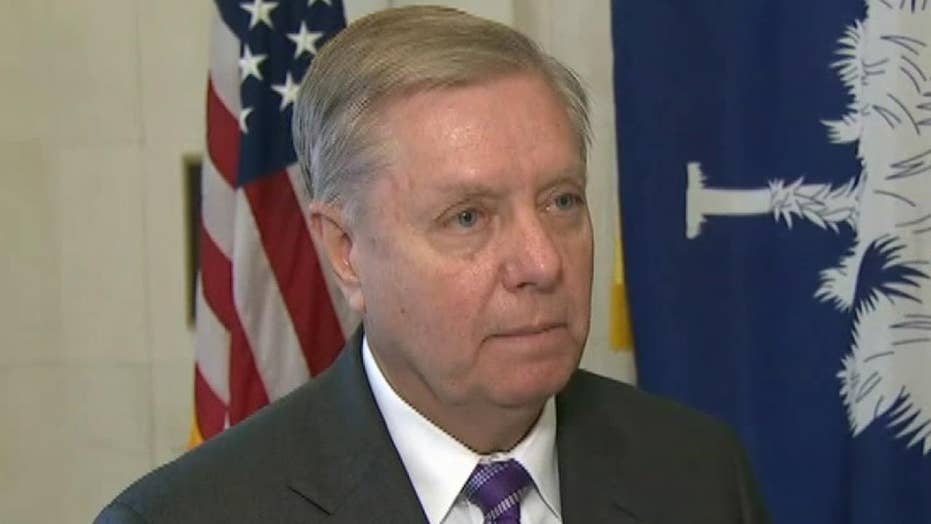 Sen. Lindsey Graham offered a grim response to reports that President Trump is seriously considering a “significant drawdown” of troops stationed in Afghanistan, with the South Carolina lawmaker arguing that such a maneuver could make the U.S. vulnerable for “a second 9/11.”

“The conditions in Afghanistan – at the present moment – make American troop withdrawals a high risk strategy,” the Republican politician tweeted. “If we continue on our present course we are setting in motion the loss of all our gains and paving the way toward a second 9/11.”

The potential military decision would involve more than 3,000 U.S. troops getting pulled out, a senior U.S. official told Fox News earlier Thursday. There are 15,000 troops currently on the ground in Afghanistan.

The development was first reported by The Wall Street Journal.

Graham unleashed his criticism in reaction to the outlet’s reporting, saying on Twitter that he’d recently gotten back from a trip to Afghanistan “and can say – without hesitation – ISIS-K remains a direct threat to our homeland and they would dramatically benefit from a reduced American troop presence.”

The fight against ISIS is not something that can be managed by America’s Afghan partners alone, the lawmaker said.

And “our intelligence capability and military might” is irreplaceable “by any other regional ally” in regards to reducing the threat in both Afghanistan and Pakistan, he added.

“Like in Syria, troop withdrawal should be based on conditions on the ground,” Graham tweeted.

Graham, who in the past has been a reliable White House ally, also took issue earlier this week with the administration’s decision to remove 2,000 troops from Syria, calling the move “Obama-like.”

“My theory is that by pulling 2,200 out in Northeastern Syria, that’s going to boost ISIS’ ability to come back,” he told Fox News on Wednesday. “But even more than that, the Kurds in Syria, who came forward when nobody else would to help us fight ISIS, fought bravely and died in large numbers, they’re going to feel abandoned.”