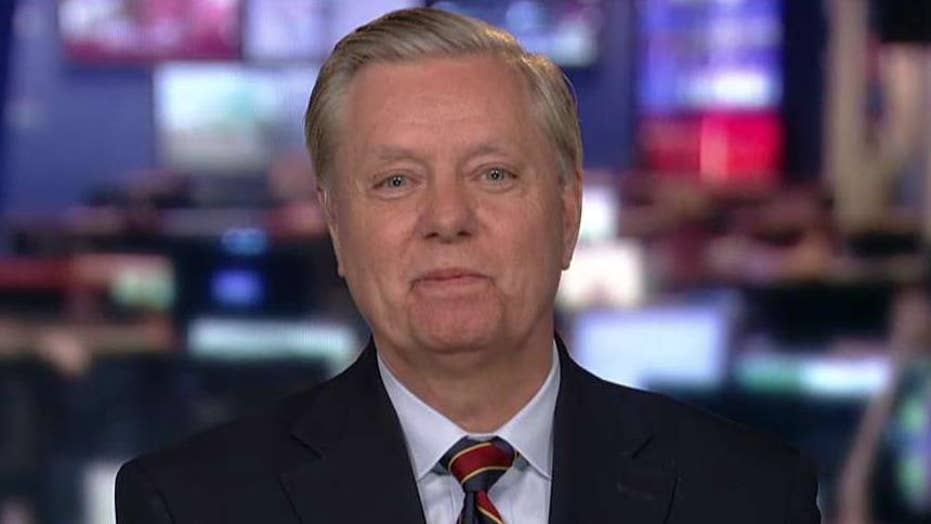 Graham: Clintons would be the last people I'd seek legal advice from

“What the House is doing way over the top," Graham said. "Mueller is the final word on this. I fought like hell to make sure Mueller could do his job without interference. I introduced legislation so he couldn't be fired without cause. And I told everybody in the country that if the president did collude with the Russians that would be horrible and terrible and I don't believe he did and Mueller said he didn't."

BARR SPARS WITH NADLER, THREATENS TO SKIP TESTIMONY AFTER DISPUTE OVER HEARING FORMAT

“This is over. This is political revenge.”

Barr is slated to appear before the House Judiciary Committee on Thursday to testify on the process behind the release of Special Counsel Robert Mueller’s report, but it is unclear at this point if he will attend. Fox News learned over the weekend that Chairman Jerrold Nadler, D-N.Y., wanted to have committee staff question Barr on his handling of the report.

Barr wants lawmakers only to do the questioning and, according to a source close to the committee, has said he will not come in to testify based on where things currently stand.

Graham defended Barr and reiterated that House Democrats are motivated by their hatred for President Trump.

“The House is on a witch-hunt, truly a witch-hunt to try to make something out of nothing," Graham said. "Mueller said to Barr, 'I can't decide about obstruction of justice and since there is no underlying crime it would be hard to prove intent.' The president did nothing to impede Mueller. If the House pursues this, it's because they have gone crazy when it comes to Trump."