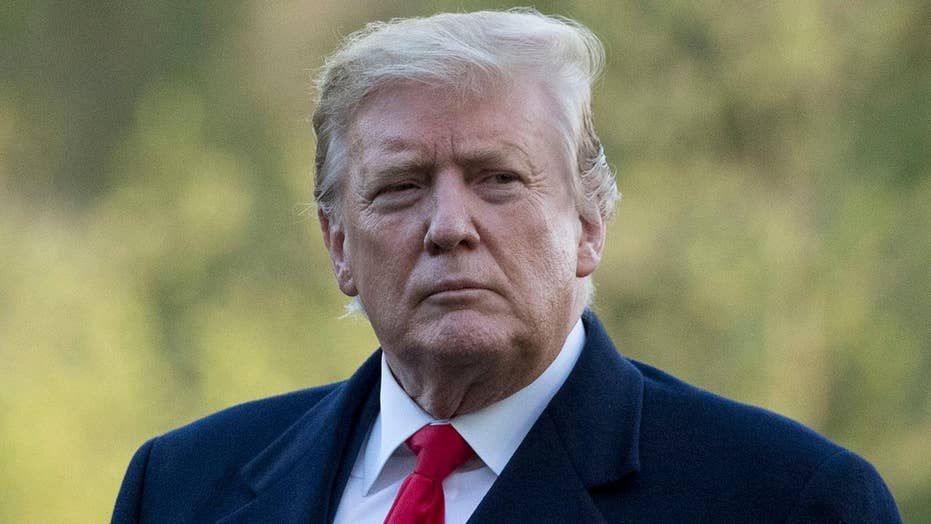 Trump doubles down on 'no collusion, no obstruction' refrain ahead of looming battle over Mueller report's contents; Kevin Corke reports from the White House.

President Trump’s legal team is preparing to issue a rebuttal to Special Counsel Robert Mueller’s report on Thursday, to refute any allegations of obstruction against the president, Fox News has learned.

A source close to Trump’s legal team told Fox News on Wednesday that the president’s lawyers have been working on a counter-report in anticipation of any obstruction of justice claims in the report, which is slated to be released to the public on Thursday. 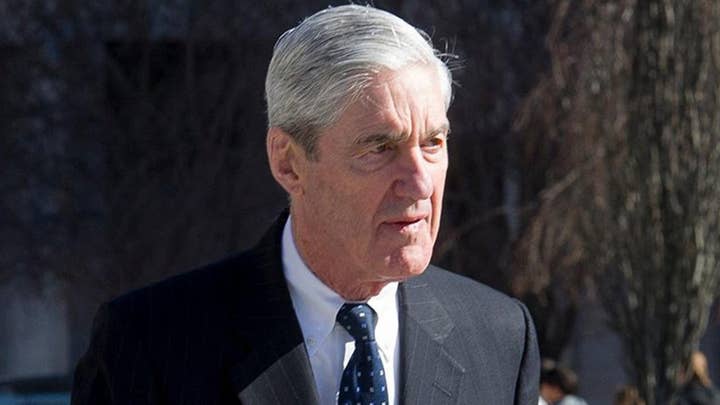 According to Attorney General Bill Barr’s summary released last month of Mueller’s report, the special counsel found no evidence of collusion between members of the Trump campaign and the Russians during the 2016 presidential election. The special counsel also reviewed whether the president obstructed justice, but ultimately did not come to a conclusion on the topic, instead leaving the decision up to the Justice Department.

Barr and Deputy Attorney General Rod Rosenstein said the evidence from the case was “not sufficient to establish that the president committed an obstruction-of-justice offense.”

But related allegations could still surface in the Mueller report itself, even without a final determination from the special counsel.

“They assumed all along that there was going to be a finding of no collusion, so the rebuttal is about obstruction,” the source said. “They are preparing a rebuttal to presumed allegations which will be refuted.”

The source said the legal team originally laid out their rebuttal in response to written questions asked by Mueller’s team of the president.

“They knew where Mueller was headed,” the source said, referring to the obstruction of justice questions.

The special counsel’s team finalized questions for the president last May. Trump and his legal team provided a written response to those questions by November.

The questions, obtained by Fox News at the time, covered a wide range of topics, including whether the president had knowledge of contacts between former White House National Security Adviser Michael Flynn and the former Russian ambassador, Sergei Kislyak; the topics and comments made during meetings with former FBI Director James Comey before he was fired; his interactions with former Attorney General Jeff Sessions and his feelings regarding his recusal from the Russia investigation; and the infamous Trump Tower meeting in June 2016 involving Donald Trump Jr., Jared Kushner, former campaign chairman Paul Manafort and Russian attorney Natalia Veselnitskaya, among others.

Trump’s top lawyer, former New York City Mayor Rudy Giuliani, said Tuesday that a counter-report is in the works, and that the team is putting the finishing touches on it. Giuliani said it would be dozens of pages long, but did not detail what the counter-report would focus on. Giuliani said that the report would be released hours after Mueller’s report is made available to the public.

The Justice Department said that the much-anticipated Russia report would be released to both the public and Congress on Thursday morning, with redactions, despite mounting calls from Democrats to release the report to Congress without redactions.

TRUMP MAINTAINS 'NO COLLUSION, NO OBSTRUCTION,' SAYS IT'S TIME TO 'INVESTIGATE THE INVESTIGATORS' IN RUSSIA PROBE

Barr, though, said he identified four areas of the report that he believed should be redacted—including grand jury material, information the intelligence community believes would reveal intelligence sources and methods, any material that could interfere with ongoing prosecutions and information that could implicate the privacy or reputational interests of “peripheral players.”

Barr said the Justice Department, with the help of the special counsel’s office, plans to “color code the decisions from the report and provide explanatory notes describing the basis for each redaction.”

Barr maintained that the Justice Department has been working “diligently to make as much information as possible available to Congress.”