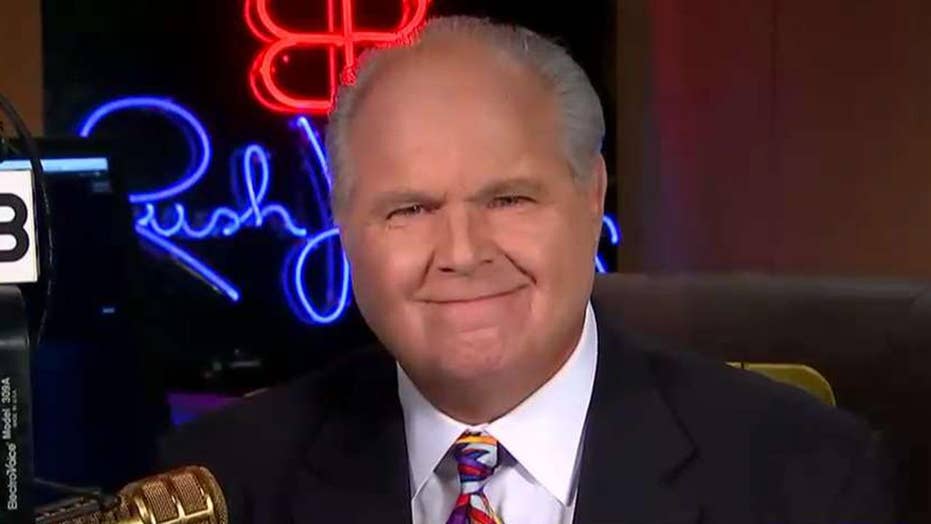 Conservative talk radio star Rush Limbaugh on Sunday returned to the argument that allowing concealed weapons in classrooms -- not demonstrations or blaming the NRA -- is the way to stop school shootings, speaking three days after 17 people were killed in a Florida high school.

“The solution is we need concealed carry in schools,” Limbaugh told “Fox News Sunday.” “We need a mechanism to be defensive. It’s better to have mechanisms in schools to stop it when it breaks out.”

This is not the first time the idea of having security guards or perhaps teachers carry guns has been raised, with Limbaugh and others arguing that a shooter could be stopped more quickly, compared to having to wait for armed police officers and tactical units to arrive.

“We have armed security at every public entity except schools,” Limbaugh said.

He spoke minutes after five students who survived last week’s shooting at a Parkland, Fla., high school said they are organizing a nationwide demonstration on March 24 to draw attention to the issue, which includes calls for tougher gun-purchase laws.

“They’re very articulate,” Limbaugh said of the students. “You have to feel for them. But anybody really serious about solving this couldn’t care less about the gun angle. The next shooter is out there and probably has the gun he is going to use.”

Congress has been widely criticized for not passing legislation that attempts to change Second Amendment rights on gun ownership, with much of the argument being that Republican lawmakers are afraid  to pass such legislation for fear of losing re-election, at the hands of the powerful gun-rights lobby.

“I wish Congress could legislate it away,” Limbaugh said. “It’s not the (National Rifle Association’s) fault.”

He also disagreed with the idea of banning the AR-15, semi-automatic style rifle used in Florida and other mass shootings.

“If you ban that, they find something else,” Limbaugh said.