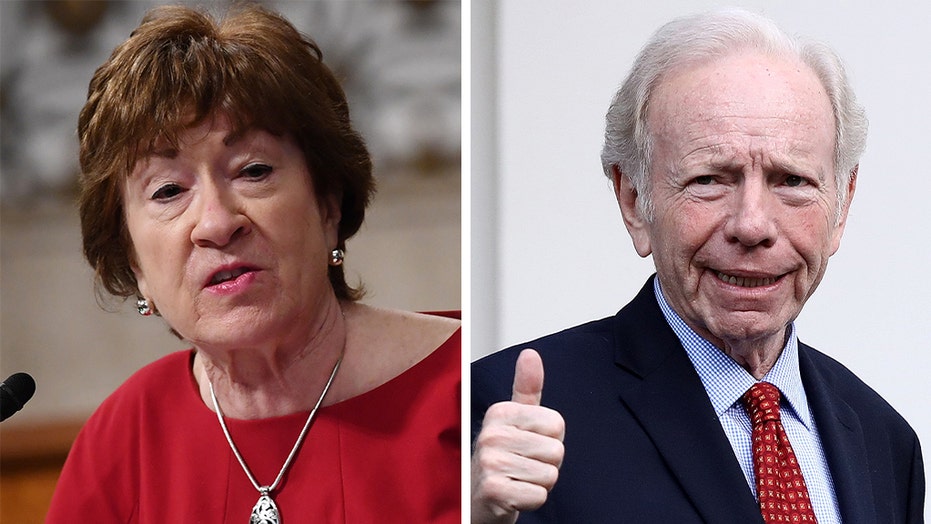 “I’m a lifelong Democrat but I put my country first,” the former senator from Connecticut said in the ad, paid for by the Republican Jewish Coalition (RJC). “That’s why I’m supporting Susan Collins for Senate.”

He said the Republican senator “stands up for Maine” and called her a “fighter for women’s issues.” He said she’d worked to create jobs, improve healthcare and protect Maine’s environment.

The RJC said it is spending $400,000 to push the ad on digital and TV platforms to persuade women voters in Maine.

JOE LIEBERMAN: HERE'S THE GREAT FAILING OF PARTY CONVENTIONS-- AND US POLITICS

Lieberman’s relationship with his party turned rocky after his strong support for the War in Iraq. In 2006 he was defeated in the Democratic primary for his Connecticut seat, but ran as an independent and won. In 2008 he backed Sen. John McCain’s presidential bid. He left the Senate in 2013.

Collins has served as senator since 1997 and handily won reelection in the past. But this year, her party’s close ties with its chief executive have turned off some of Maine’s historically moderate base. Collins, a self-proclaimed moderate, has not indicated whether or not she herself will vote for President Trump.

“My inclination is just to stay out of the presidential and focus on my own race,” she said.

Democrats from outside the state have poured in money for her Democratic opponent, Maine’s progressive House Speaker Sara Gideon, in an effort to take control of the Senate.

The race has been rated a toss-up by the nonpartisan Cook Political Report.