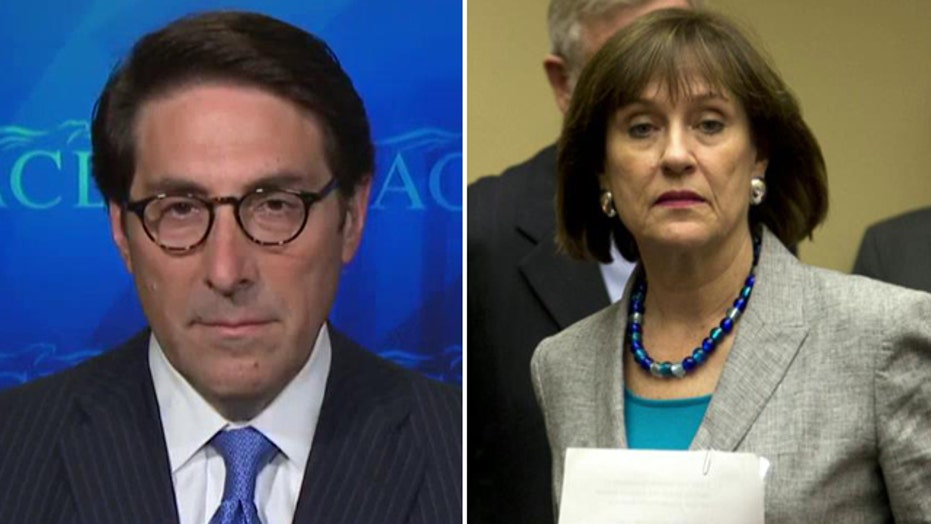 Newly released emails from Lois Lerner show the former IRS official at the heart of the Tea Party targeting scandal calling Republican critics “evil and dishonest,” and even “hateful.”

The emails -- part of a report released Aug. 6 by the Senate Finance Committee -- offer a revealing look at Lerner, who used to head the division that processes applications for tax-exempt status and was at the center of the scandal over the alleged targeting of conservative groups applying for tax-exempt status.

The bipartisan report found evidence that both the Obama administration’s political agenda, and the personal politics of IRS employees, including Lerner, impacted how the IRS did its job, according to Sen. Orrin Hatch, R-Utah, chairman of the Finance Committee.

A deeper look at the communications, first reported by Politico, shows Lerner taking aim at lawmakers for their tough questioning, particularly following a House Oversight and Government Reform Committee hearing in 2014.

“Yesterday was a doozy. They called me back to testify on the IRS ‘scandal,’ and I tool (sic) the 5th again because they had been so evil and dishonest in my lawyer’s dealings with them,” Lerner told a friend in a March 6, 2014 email, adding “this is very bad behavior from our elected officials.”

She had tough words for the press as well, complaining in a June 26, 2014 email about pictures taken of her during an appearance in front of Congress: “I looked like crap. I don’t look like that anymore, but it serves their purposes of hate mongering to continue to use those images.”

OPINION: Gross mismanagement at the IRS: Time for a special counsel

Most of her complaints, however, are reserved for Republicans, whom in the same email she accuses of being motivated only by political gain and having a “hateful” message.

"I was never a political person—this whole fiasco has only made me lose all respect (sic) politics and politicians. I am merely a pawn in their game to take over the Senate,” Lerner wrote.

“Every time they get some email they see as incriminating, they roil up their base and get lots of contributions and spread their hateful message about how the government is out to get people,” she wrote.

On the subject of her lost emails, Lerner wrote that she begged IRS IT staff to retrieve the emails wiped from her server, and didn't know why they couldn't.

“As to the lost emails—there is a whole trail of emails from me begging IRS IT folks to try and recover the emails -- I’m guessing you haven’t seen those,” Lerner wrote. “Why the IRS was unable to retrieve them when my computer crashed, I have no clue -- I’m not an IT person.”

In the emails, Lerner also took a swipe at Texas, which she said “is just pathetic as far as political attitudes are concerned,” and faulted Abraham Lincoln for not letting the South secede.

"Look my view is that Lincoln is our worst president not out (sic) best. He should‘be (sic) let the south go.”