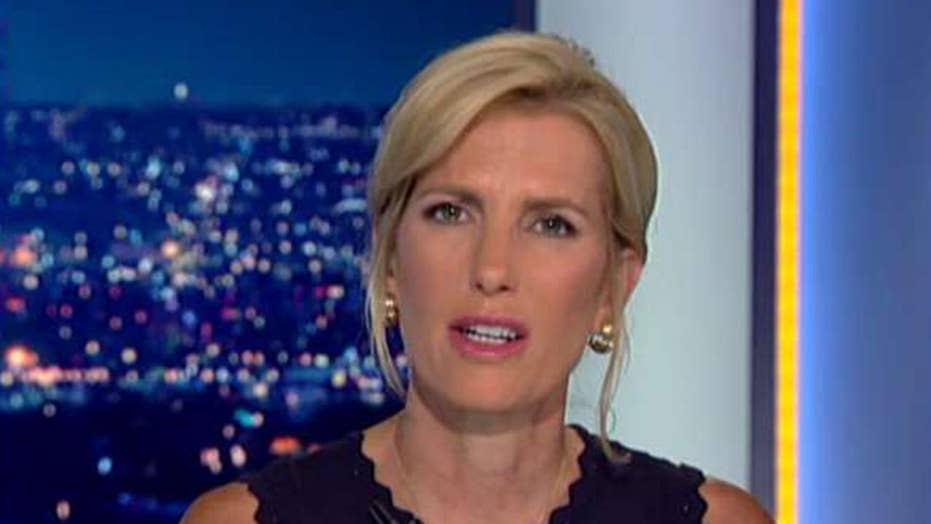 Are Democrats trying to ensure that someone like President Trump never is elected again and take away power from Middle America?

In her opening monologue on Fox News' "The Ingraham Angle," host Laura Ingraham said Thursday that is precisely the case and that the "activist base" of the Democratic Party is working overtime to do it.

"Many of them have been frustrated in their efforts to stop Trump through investigations and threats of impeachment," Ingraham said, "and so some are now pursuing other ways to ensure that he and anyone like him doesn't get elected again. And through the push to abandon the electoral college."

Ingraham said arguments against an electoral college by Democratic presidential candidates were wrong, explaining that without the electoral college the U.S. would essentially be "tryanny disguised as a democracy."

"California has a population of 40 million people. West Virginia has about 2 million. How would that state have any meaningful say in this new system?," Ingraham asked. "Without the electoral college, we essentially will be living in something akin to a tyranny disguised as a democracy with a handful of liberal states making all the decisions for the rest of us.

"Without the electoral college, we essentially will be living in something akin to a tyranny disguised as a democracy with a handful of liberal states making all the decisions for the rest of us."

Ingraham said the left "means business" on the issue and added it was important for "flyover country" to have a say.

"If the left believes it has to upend the entire constitutional structure to quash the influence of flyover country, whether it's court-packing, lowering the voting age, or axing the electoral college, they'll do it," Ingraham said.

"And it's up to smart constitutionalists to make the case for the rights of the threatened minority in middle America. 'Small Town, USA' is every bit as American as New York and L.A. and they should have a say in our government."