Kansas gubernatorial candidate Kris Kobach on the modern left's kneejerk response to views they don't like: Accuse your opponent of being a racist.

In a fiery on-air debate with Kobach on CNN, Toobin flatly claimed that Kobach, who currently serves as Kansas secretary of state, consistently has aimed to disenfranchise minorities.

"Kris has devoted his career to stopping black people and poor people from voting -- I mean, that's been your goal for decades," Toobin said.

The GOP gubernatorial nominee has been a staunch advocate of voter-ID laws. This summer, in a harshly worded ruling, a federal judge struck down a Kobach-backed proof-of-citizenship law that required voters to show proof of citizenship at the ballot box. The law was a violation of federal law and the Constitution, the judge ruled. (Recently enacted voter ID laws in other states, including Texas, have seen more success in the courts.)

"That is an outrageous accusation," Kobach responded to Toobin. "Oh, so if you like photo ID, you're trying to stop people of color from voting?"

On Thursday, Kobach tried to turn the tables on Toobin, alleging that he actually was advancing racist stereotypes. 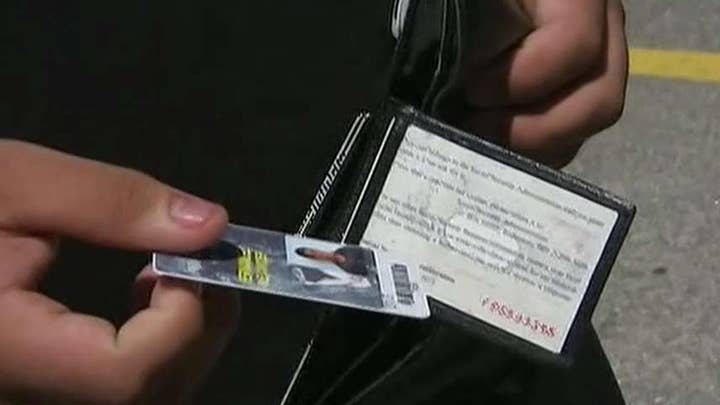 "The argument itself is a racist one," Kobach told host Tucker Carlson. "The argument is that somehow because of your skin color, you are less likely to have in your wallet a photo ID, or you're less likely to be able to go to a government office and get a free photo ID -- it's a ridiculous argument, it's been disproven empirically in state after state, but the hard left, and increasingly the entire left, keeps making the argument."

A 2017 study conducted by three political science professors and published in The Journal of Politics found "that strict identification laws have a differentially negative impact on the turnout of racial and ethnic minorities in primaries and general elections."

The study, which was also promoted by The Washington Post, continued: "We also find that voter ID laws skew democracy toward those on the political right."

However, a follow-up study by top professors at Stanford, Yale, and the University of Pennsylvania concluded that the 2017 study was unreliable and that voter ID laws didn't have nearly as much of an impact.

"Maybe it's not racist for your bank to insist on an ID when you cash a check," Kobach told Carlson. "It must be racist. Nevermind that it's an incoherent statement."

Kobach is locked in a tight race with Democrat Laura Kelly. Fox News currently rates the race a toss-up.