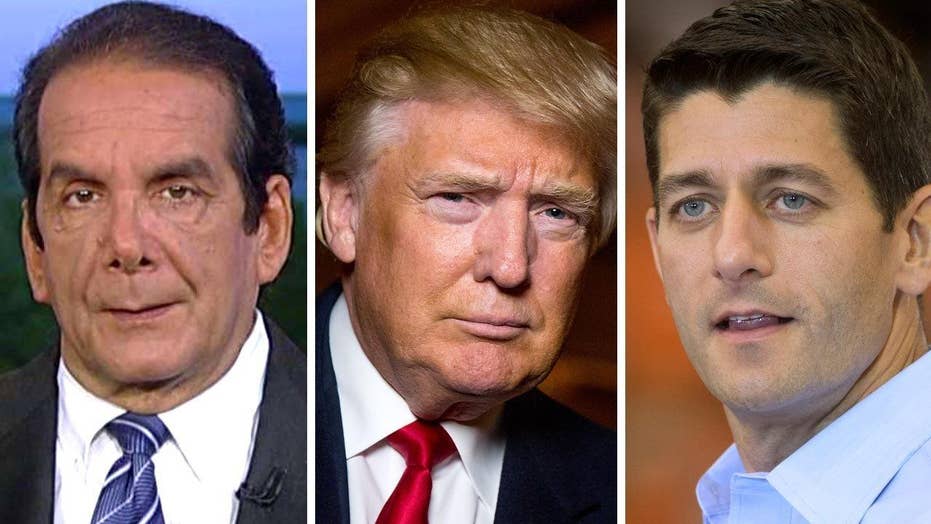 Krauthammer, a syndicated columnist and Fox News contributor, predicted an eventual “perfunctory” endorsement from Ryan, R-Wis., between the meeting and Election Day.

“The fact that they came out of this with a joint statement that said “we remain confident that there is a great opportunity to unify the party” – well, the meeting was supposed to do something that would unify the party.”

“This is a sham marriage and the reason is simple: good will on both sides,” Krauthammer said.

“Paul Ryan is a conservative; has been all his life, and is committed to certain conservative principles,” Krauthammer said.

“Trump has made clear he is not a conservative. He’s a nationalist, populist.”