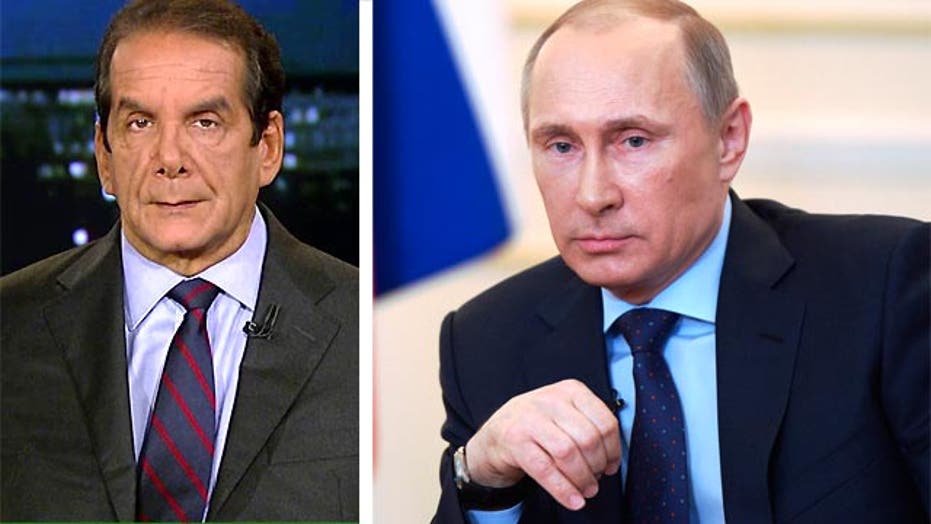 Krauthammer: “Putin is like Hitler but he’s more subtle”

Krauthammer: “Putin is like Hitler but he’s more subtle”

Charles Krauthammer said Thursday on “Special Report with Bret Baier” that “Putin is like Hitler but he’s more subtle and he’s also weaker,” saying he believes the Russian president wants to undo the deal that ended the Cold War.

Krauthammer, a syndicated columnist and a Fox News contributor, was responding to news that at least 19 Russian jets were intercepted by NATO near European airspace in recent days. NATO called it “an unusual level of activity" at a time when the West’s relationship with Russia is already strained over ongoing tensions in Ukraine.

Krauthammer said he believes Putin is attempting to "say that the Cold War settlement of 1992 is dead."

"In that settlement, it was understood that eastern Europe was now free and could choose Europe and be protected by NATO and the U.S.," he said. "That was a done deal. He is undoing the deal.”

Krauthammer added that he believes Putin is trying to show the European countries that the U.S. is not a reliable ally.

"Look what (the U.S.) not doing in Ukraine," he said. "Again, not even providing defensive weaponry. Do you think (the U.S.) will be there particularly under Obama if it needs you? It’s a question again which it had not been."