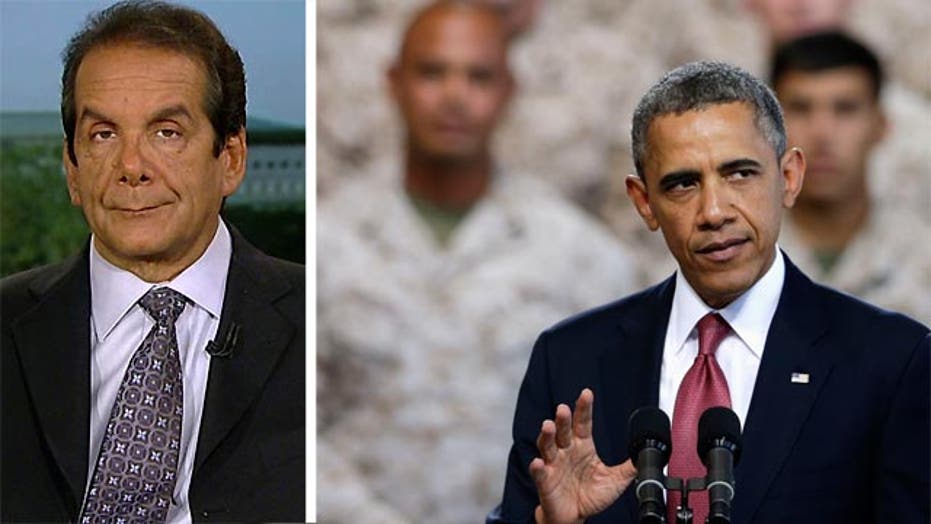 Charles Krauthammer said Monday on "Special Report with Bret Baier" that President Obama "removed the glue" that held Iraq together by pulling out American troops.

Krauthammer, a syndicated columnist and Fox News contributor, said that although Obama promised that he had left behind a "stable and secure and sovereign Iraq" by ending the war, he did not.

"The fact is, that it was relatively stable and secure as a result of that fact that Americans were deeply involved," he said. "He removed the involvement, he removed the glue, and now he has to undo that, at least in part."

Krauthammer said that Iraq will not get better overnight, but there is still hope.

"It isn't as if the situation is hopeless, but simply asking that (Iraqi Prime Minister) Maliki reform himself overnight is not going to work," he said.