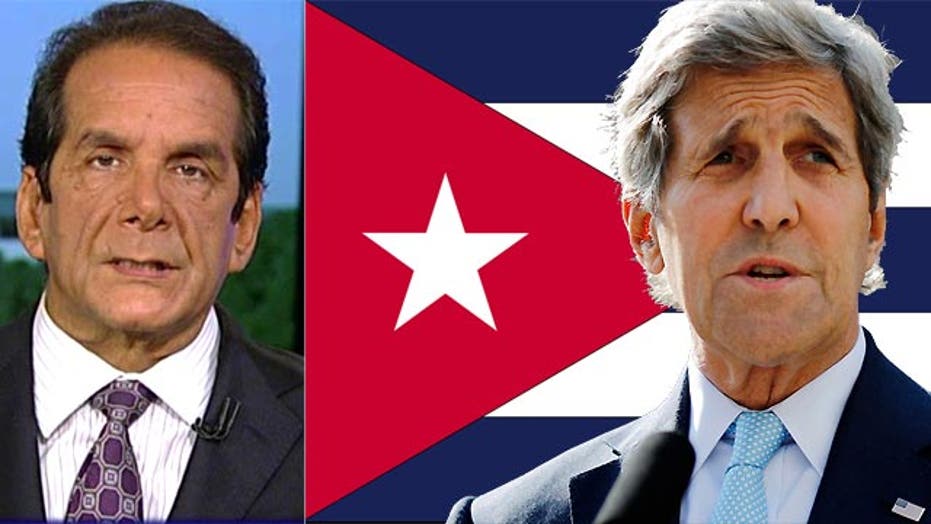 Charles Krauthammer, syndicated columnist and Fox News contributor, told viewers Friday on “Special Report with Bret Baier” that the way Secretary of State John Kerry handled the flag raising ceremony in Cuba was “a farce and an embarrassment,” referring to the fact that political dissidents were not invited to attend a ceremonial opening of the U.S. Embassy in Havana.

Krauthammer said the excuse given by Kerry for “excluding and not allowing” political dissidents at the ceremony because it was a “government activity” was unacceptable.

“Government activity? This is happening on U.S. soil in Cuba. We could do what we wanted”, he said, later emphasizing the fact that Kerry is the one who “kept them[dissidents] out.”