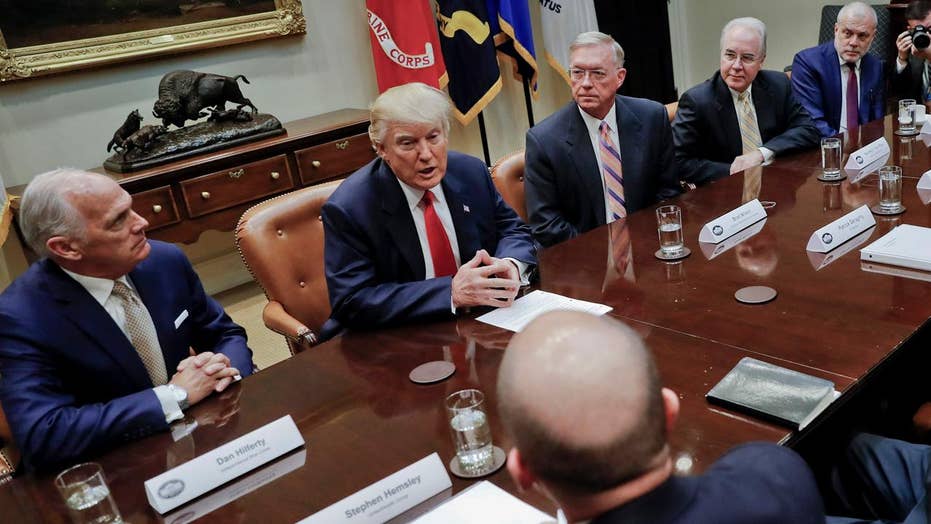 Rep. Mark Walker, R-N.C., said Monday that he could not get behind the Republican’s current plan to repeal and replace ObamaCare.

Walker, who chairs the Republican Study Committee, which has 170 members, told Bloomberg that he would recommend that his fellow members reject the plan, too.

“The bill contains what increasingly appears to be a new health-insurance entitlement with a Republican stamp on it,” he said.

With the GOP-controlled Congress starting its third month of work on one of its marquee priorities, unresolved difficulties include how their substitute would handle Medicaid, whether millions of voters might lose coverage, if their proposed tax credits would be adequate and how to pay for the costly exercise.

The nonpartisan Congressional Budget Office made their job even dicier recently, giving House Republicans an informal analysis that their emerging plan would be more expensive than they hoped and cover fewer people than former President Obama’s statute. The analysis was described by lobbyists speaking on condition of anonymity to discuss private conversations with congressional aides.

For many in the party, those problems — while major — are outweighed by pledges they’ve made for years to repeal Obama’s 2010 law and substitute it with a GOP alternative. Conservatives favoring full repeal are pitted against more cautious moderates and governors looking to curb Medicaid’s costs also worry about constituents losing coverage. But Republicans also see inaction as the worst alternative and leaders may plunge ahead as soon as next week with initial House committee votes on legislation.

“I believe they have left themselves no choice. Politically they must do something,” Douglas Holtz-Eakin, a Republican economist and health analyst, said Monday.

President Trump spoke about health care’s complexities on a day he held White House talks with dozens of governors worried Republicans could shift a huge financial burden to the states by curbing Medicaid, the federal-state program that helps low-income people and those in nursing homes pay bills.

Trump also met with insurance company executives concerned that uncertainty about possible GOP changes could roil the marketplace. Insurers said they remain committed to working with the administration and the GOP-led Congress.

Senate Minority Leader Chuck Schumer, D-N.Y., told reporters Monday that Republicans have yet to win any Democratic support for their effort and said “the odds are very high” Obama’s law won’t be repealed.