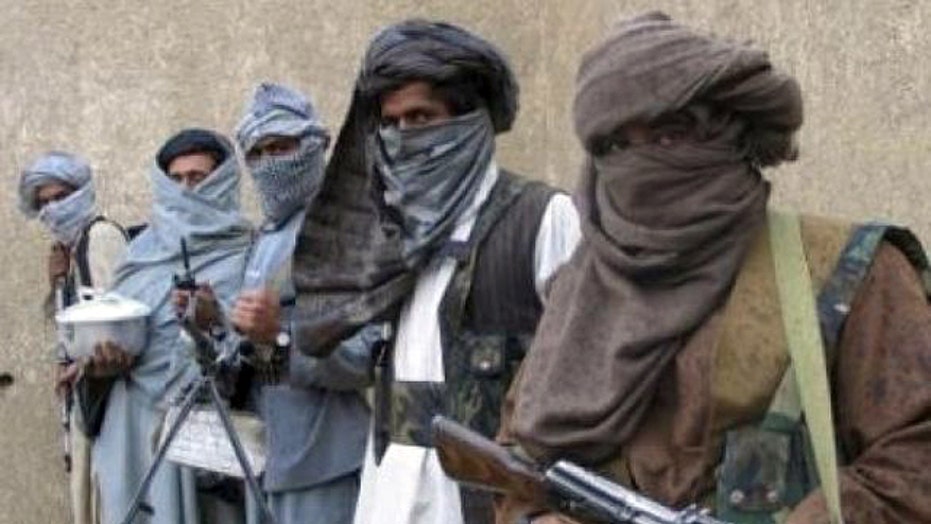 Terror group not really 'on the run'?

In his first remarks since Islamic militants with Al Qaeda ties overran the Iraqi cities of Fallujah and Ramadi, U.S. Secretary of State John Kerry promised support for Iraq's government, but emphatically rejected any possibility that the U.S. would send troops back into the country, saying of the Baghdad government "this is their fight."

Speaking as he left Jerusalem for Jordan and Saudi Arabia on Sunday to discuss his effort to broker peace between Israel and the Palestinians, Kerry said, "We will stand with the government of Iraq and with others who will push back against their efforts to destabilize ... We are going to do everything that is possible. I will not go into the details."

Kerry then added, "We are not contemplating putting boots on the ground."

Meanwhile, Iraq Prime Minister Nouri al-Maliki has vowed that government troops would remain in the Anbar region until the militants, known as the Islamic State of Iraq and the Levant (ISIL), are "eliminated."

"There will be no retreat until we eliminate this gang and rid the people of Anbar of their evil acts," al-Maliki said, according to Sky News. "The people of Anbar asked the government for help, they called us to come to rescue them from terrorists."

Sky News also reported that ISIL had received a boost in recent days from local Sunni tribesmen, who had joined them to fight the forces of Iraq's Shiite-led government. That marks a chance from the years prior to the U.S. withdrawal, when major Sunni tribes turned against Al Qaeda.

Lt. Gen. Rasheed Fleih, who leads the Anbar Military Command, told state television Sunday that "two to three days" are needed to push the militants out. Fleih said pro-government Sunni tribes are leading the operations while the army only is offering aerial cover and logistics on the ground.

Residents told the Associated Press it has been quiet in Fallujah since Saturday night, while sporadic clashes took place Sunday in Ramadi.

In Washington, Republican Senators John McCain of Arizona and Lindsay Graham of South Carolina slammed the Obama administration Saturday, calling recent events in Iraq "as tragic as they were predictable."

"While many Iraqis are responsible for this strategic disaster, the administration cannot escape its share of the blame," the senators said in a joint statement. "When President Obama withdrew all U.S. forces … over the objections of our military leaders and commanders on the ground, many of us predicted that the vacuum would be filled by America's enemies and would emerge as a threat to U.S. national security interests. Sadly, that reality is now clearer than ever."

U.S. forces secured Fallujah in 2004 after one of the deadliest battles of the Iraq war. Fallujah became notorious among Americans when insurgents in 2004 killed four American security contractors and hung their burned bodies from a bridge. The last U.S. troops left Iraq in 2011.

The State Department issued a statement of its own Saturday, saying it was "concerned by efforts of the terrorist Al Qaeda/Islamic State of Iraq and the Levant to assert its authority in Syria as well as Iraq ... Their barbarism against civilians of Ramadi and Fallujah and against Iraqi Security Forces is on display for all to see," according to spokeswoman Marie Harf.

Iraqi officials have said that at least eight people have been killed and 30 hurt in the latest violence.