News outlets report Bevin issued the pardon Friday, saying that Paul Donel Hurt was wrongly convicted of first-degree sexual abuse and sodomy in Louisville in 2001. Hurt's accuser recanted her testimony at a hearing in 2015, but the conviction stood.

"Hindsight is never truly 20/20, but it appears to me, and to many others including the judge who sentenced him, that Paul Donel Hurt has been wrongly convicted and imprisoned for nearly 20 years," Bevin wrote, according to the Courier-Journal. 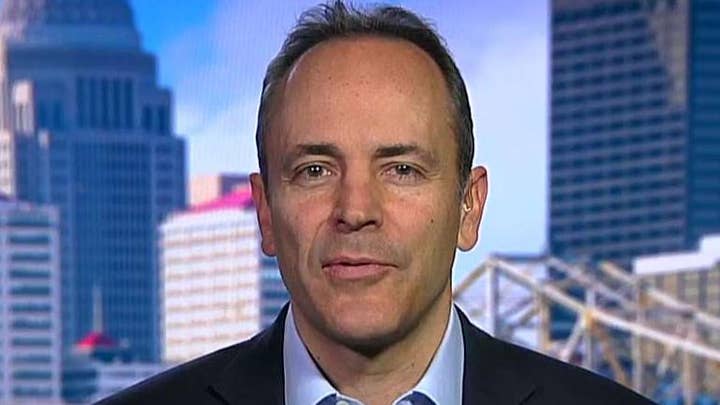 Circuit Court Judge Audra Jean Eckerle ruled the recantation was inconsistent. She also expressed concern because the trial judge in the case had communicated with Hurt and the victim after retiring from the bench. Eckerle says the trial judge "altered" the victim's memory and testimony "by using judicial coercion and intimidation."

Hurt was released from the Kentucky State Reformatory on Friday.

The paper reported that a spokesman for the Commonwealth’s Attorney Tom Wine said there were issues “raised during those post-conviction matters that make it easy  to understand why the governor would question the validity of the conviction.” An after-hours email from Fox News to Bevin's office was not immediately returned.

Bevin conceded in his reelection bid against Democrat Andy Beshear earlier this month after the initial vote results were deemed too close to call. Bevin said during a news conference in Frankfort that he was conceding because he wanted "what is best for Kentucky."