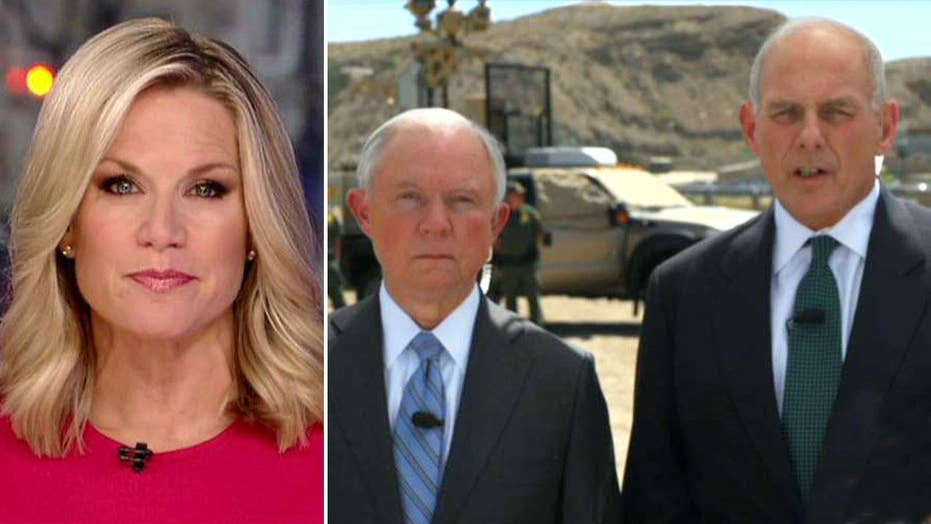 Homeland Security Secretary John Kelly told Fox News' "The First 100 Days" Thursday that construction on the much-promised border wall would be able to "move forward by the end of the summer."

"I think something in the neighborhood of 100 companies from across the nation have shown interest and are starting to put together their prototypes," Kelly told host Martha MacCallum. "Of course, contracting is a pretty complicated business in the federal government, unfortunately. Too complicated. But I think by late spring, early summer we’ll have some prototypes."

Kelly appeared with Attorney General Jeff Sessions as the two embarked on a two-day border trip scheduled to make stops in El Paso and San Diego.

"Just in the last 60 to 90 days, the movement of illegal immigrants up from Central America through Mexico has dropped off 70 percent," Kelly told MacCallum. "We’re at about a 15, 16 year low, and frankly, we haven’t done all that much yet."

Sessions praised Kelly's department for its "fabulous work" in helping to apprehend criminal illegal aliens and discussed the administration's plan to go after the Salvadoran gang MS-13.

"We’re telling federal investigators to go after these individuals when they have evidence about somebody connected to the MS-13," Sessions said. "Let’s go after them, attack their money laundering and their violence and their prostitution and their killing, and if we do that regularly and consistently, we can do what we have done before."