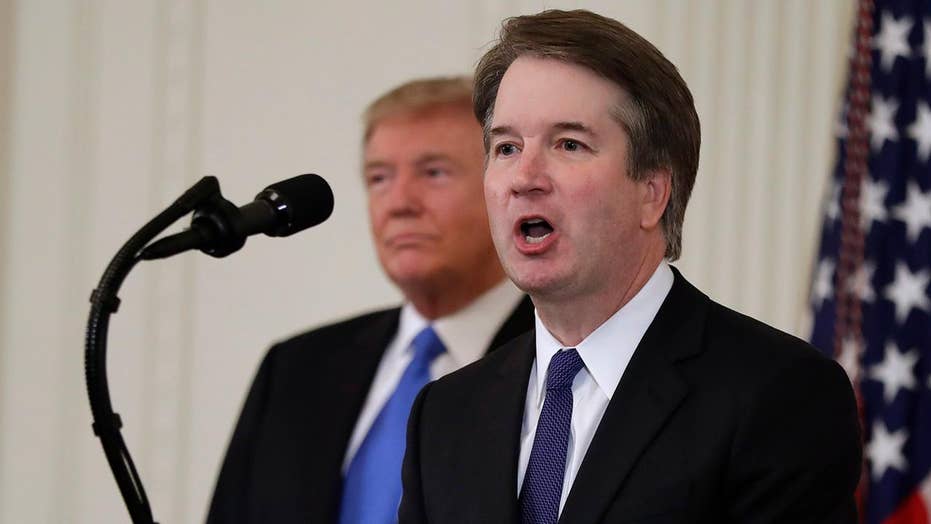 Judge Brett Kavanaugh, announced as President Trump's pick for the Supreme Court Monday night, thanked both his family and his community, revealing details about his mother, father and two daughters.

He also spoke of his wife, Ashley Estes Kavanaugh, and the day they happened to go on their first date: September 10, 2001.

Kavanaugh, 53, served as a lawyer and staff secretary in the George W. Bush administration while Ashley worked as the president’s personal secretary.

“We met in 2001 when we both worked in the White House,” Kavanaugh recalled Monday night. “Our first date was on September 10, 2001. The next morning, I was a few steps behind her as the Secret Service shouted at all of us to sprint out the front gates of the White House because there was an inbound plane.

“In the difficult weeks that followed, Ashley was a source of strength for President Bush and for everyone in this building. Through bad days and so many better days since then, she has been a great wife and inspiring mom,” Kavanaugh continued.

“I thank God every day for my family.”

“Brett is a brilliant jurist who has faithfully applied the Constitution and laws throughout his 12 years on the D.C. Circuit,” the former president said. “He is a fine husband, father, and friend – and a man of the highest integrity. He will make a superb Justice of the Supreme Court of the United States.”