Will an allegation of sexual misconduct impact the confirmation of President Trump's nominee to the Supreme Court? Republican Sen. John Kennedy weighs in.

Sen. John Kennedy called the confirmation hearings for Judge Brett Kavanaugh “an intergalactic freak show” and said he was embarrassed for Congress by the accusations of sexual misconduct leveled at the Supreme Court nominee.

“So far, it’s pretty much been an intergalactic freak show,” Kennedy, R-La., told Chris Wallace on “Fox News Sunday.” “Most Americans are looking at this – most mainstream Americans – and they’re thinking that Congress has hit rock bottom and started to dig.”

Kennedy added: “I have been embarrassed by the whole process and, frankly, I’m – no disrespect to Senator Feinstein or to Stanford Law School – but I’m a little bit offended. I sit on Judiciary Committee. They’ve had this stuff for three months. If they were serious about it, they should’ve told us about it.”

The Louisiana lawmaker was referencing a secret letter that has been the subject of intrigue on Capitol Hill over the last week. A source familiar with the confirmation proceedings told Fox News that California Sen. Dianne Feinstein, D-Calif., received the letter back in July, but did not make its existence known publicly until Thursday.

The letter was relayed to lawmakers by 51-year-old research psychologist Christine Blasey Ford and concerns an alleged incident involving the 53-year-old Kavanaugh and her while they were in high school. The Washington Post first reported that Ford was the letter's author.

In a statement released by the White House Friday, Kavanaugh said: "I categorically and unequivocally deny this allegation. I did not do this back in high school or at any time."

Senate Republicans insist Kavanaugh's confirmation remains on track for a committee vote this upcoming Thursday. But the allegation has inflamed an already intense political battle over President Trump's nominee. It also pushes the #MeToo movement into the court fight, less than two months before congressional elections that have seen a surge of female Democratic candidates.

The New Yorker magazine reported that the alleged incident took place at a party when Kavanaugh, now 53, was attending Georgetown Preparatory School. The woman making the allegation attended a nearby school. 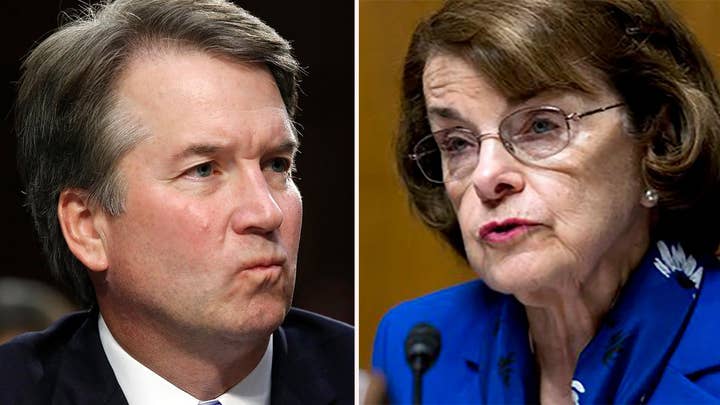 The accusations against Kavanaugh resurfaced similar ones leveled against Associate Justice Clarence Thomas during his own confirmation hearings in 1991. Anita Hill accused Thomas, who was her supervisor at the Department of Education and the Equal Employment Opportunity Commission, of sexually harassing her. Thomas denied those allegations and was confirmed.

Hill, who is now a professor at Brandeis University, urged the Senate to put in place a process for people to come forward.

"Even in the #MeToo era, it remains incredibly difficult to report harassment, abuse or assault by people in power," she said.

The eleventh-hour revelations drew sharp criticism not only from Feinstein’s Republican colleagues in the Senate, but from the media in her home state of California, with the San Francisco Chronicle calling the allegations “unfair all around.”

"Feinstein’s treatment of a more than three-decades-old sexual assault allegation against Supreme Court nominee Brett Kavanaugh was unfair all around,” the newspaper’s editorial board noted on Sunday. “It was unfair to Kavanaugh, unfair to his accuser and unfair to Feinstein’s colleagues — Democrats and Republicans alike — on the Senate Judiciary Committee.” 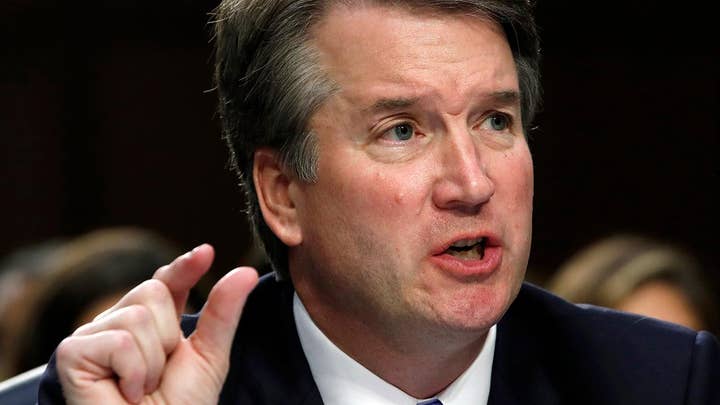 The editorial continued: “Feinstein… took the worst possible course by waiting until almost a week after Kavanaugh’s confirmation hearing was completed to ominously announce that she had turned over ‘information from an individual’ about Kavanaugh to the FBI, and adding that she would be honoring the person’s 'strongly requested' confidentiality.”

While Kavanaugh’s confirmation to the Supreme Court seems likely, it is not guaranteed and he will certainly not be a unanimous pick.

Feinstein penned an opinion piece for the Los Angeles Times over the weekend, explaining that she strongly opposes Kavanaugh's nomination because of his stance on issues ranging from reproductive rights to judicial deference. 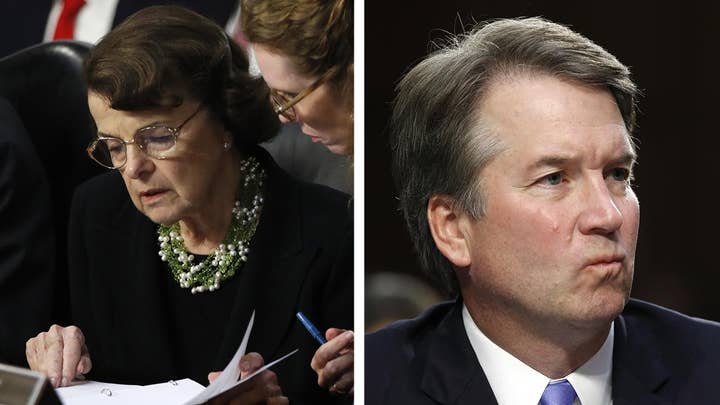 “Supreme Court justices should not be an extension of the Republican Party,” Feinstein wrote. “They must also have unquestionable character and integrity, and serious questions remain about Judge Kavanaugh in this regard, as indicated in information I referred to the FBI. For these and other reasons detailed below, I strongly oppose Judge Kavanaugh’s nomination to the Supreme Court.”

Kennedy told “Fox News Sunday” that he believes it will be a close vote for Kavanaugh, but in the end the judge will join the Supreme Court.

“I think the vote will be 11-10 Wallace,” Kennedy said. “Straight party line vote. I think the nomination will come to the floor; that’ll be up to Senator (Mitch) McConnell (a Republican from Kentucky). I think every Republican will vote for Judge Kavanaugh. I think at least two and probably more Democrats will.”