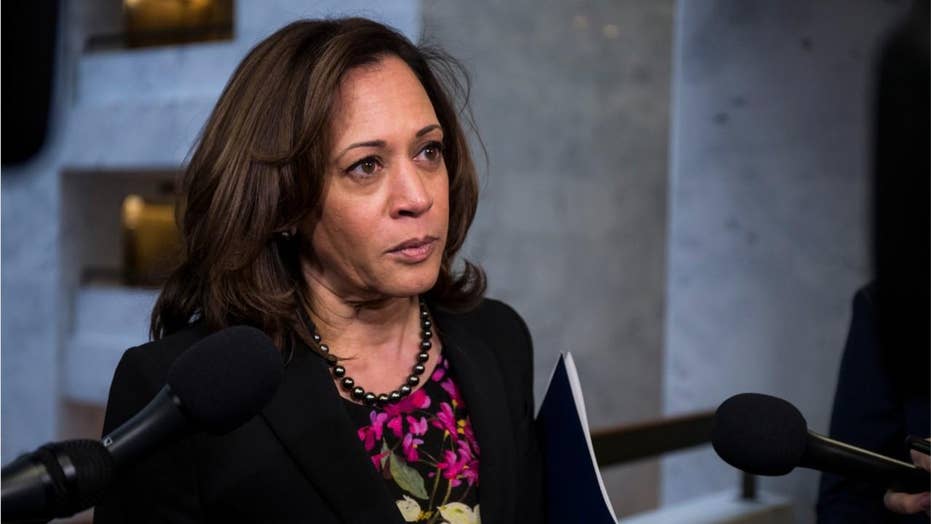 A senior adviser to U.S. Sen. Kamala Harris resigned over inquiries about a $400,000 harassment lawsuit against him while working at the California Department of Justice.

Kamala Harris' new book may have gone to the printer just a bit too soon.

The U.S. senator's biography, “The Truths We Hold: An American Journey,” which was released Tuesday, is the latest sign that the California Democrat is seriously considering the 2020 presidential run.

But the book also puts Harris in an awkward spot because it praises the "leadership" her now-disgraced former aide, Larry Wallace, who resigned in December over a $400,000 sexual harassment settlement.

The settlement stemmed from the alleged harassment of Danielle Hartley, who had been Wallace's executive assistant during his time at the California Department of Justice -- which was then led by Harris, who was then California's attorney general.

The senator’s book features a passage in which she praises Wallace, former director of the Division of Law Enforcement in California, for his “leadership” in coming up with an “implicit bias and procedural justice training program.”

The passage was reported by the Washington Free Beacon. The outlet also noted that the book contains a photo of Harris together with Wallace.

Harris' book has also been deemed a campaign book rather than an actual attempt at writing a comprehensive biography book. "So is it a great book? No. No, it is not," NPR's review of the book read, pointing out that the book contains "some careful elision of facts" and "plenty of platitudes." 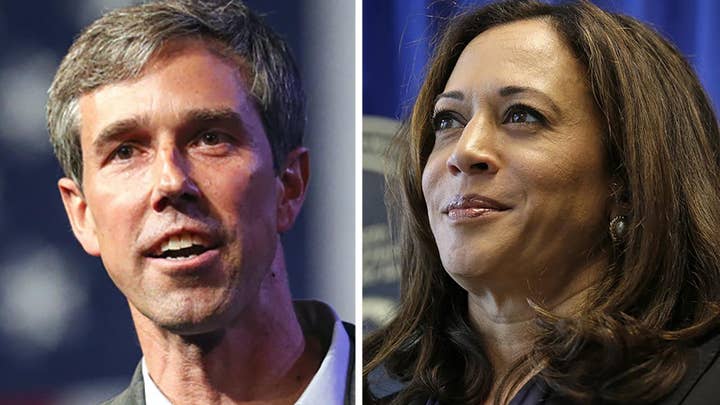 According Hartley’s lawsuit, first reported by the Sacramento Bee, Wallace instructed Hartley to run his personal errands -- such as booking flights for his children, and getting his car washed and otherwise maintained. When she would return from the assigned tasks, the lawsuit states, “co-workers would make hostile comments to her, including, ‘Are you walking the walk of shame?’”

Hartley claims she tried to solve the matter internally, reporting the harassment allegations in 2011, but this only prompted retaliation against her. She was involuntarily transferred to another office at the state Department of Justice at the end of 2014, the suit said.

The lawsuit was settled for $400,000 in May 2017, just two months after Wallace went to work for now- Sen. Harris as her senior adviser.

Harris insisted that she was “unaware” of the allegations against Wallace during her time as state attorney general, even though her department was informed of the woman’s lawsuit three months before she left the position, the Bee reported.

She told the newspaper that she took “full responsibility for what happened in my office” and blamed a “breakdown” in the system for making her unaware of the allegations.