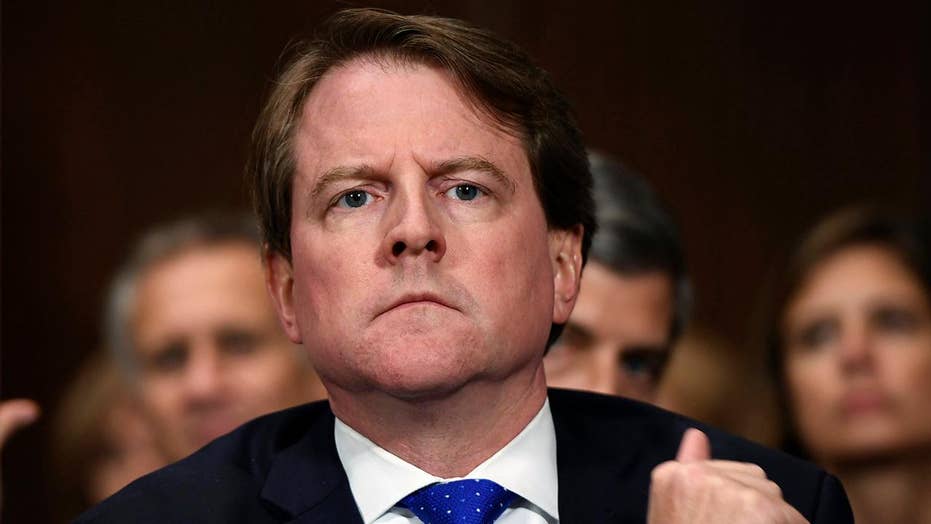 If McGahn wanted to assert executive privilege to avoid testifying, U.S. District Court Judge Ketanji Brown Jackson ruled, he would need to appear before Congress and do it himself, likely on a question-by-question basis.

It remained possible, Jackson said, that the "requested information is itself subject to withholding consistent with the law on the basis of a recognized privilege" -- but, "as far as the duty to appear is concerned, this Court holds that Executive branch officials are not absolutely immune from compulsory congressional process."

A senior Justice Department official told Fox News the department would appeal Judge Jackson's decision and seek a stay pending that appeal. Should a higher court uphold the ruling, it could set a binding precedent affecting future disputes between Congress and the White House involving executive privilege, which generally allows the president and high-level officials to refuse to answer certain questions that might impair deliberative processes or compromise presidential communications and the separation of powers. 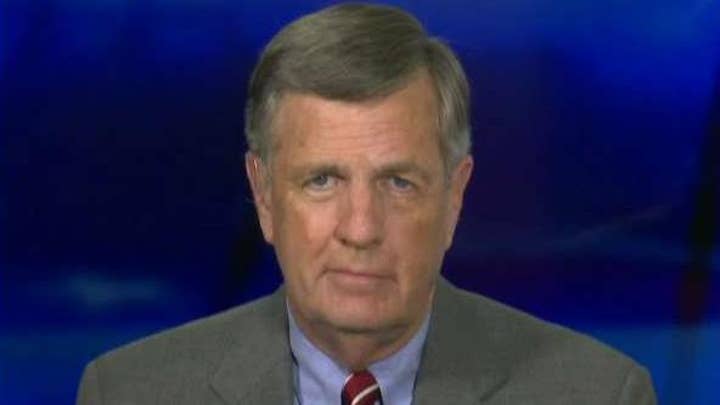 The House Judiciary Committee subpoenaed McGahn on April 22, but the White House quickly blocked his appearance. Monday's ruling had apparent ramifications for Democrats seeking to compel other top White House officials to testify as part of their ongoing impeachment inquiry concerning the president's Ukraine policy.

"I am pleased the court has recognized that the Trump Administration has no grounds to withhold critical witness testimony from the House during its impeachment inquiry," Judiciary Committee Chairman Jerrold Nadler, D-N.Y., said in a statement. "Don McGahn is a central witness to allegations that President Trump obstructed Special Counsel Mueller’s investigation, and the Administration’s claim that officials can claim 'absolute immunity' from Congressional subpoenas has no basis in law, as the court recognized today. Now that the court has ruled, I expect him to follow his legal obligations and promptly appear before the Committee."

Jackson, a Barack Obama appointee, ruled that the "venerated constitutional principles that animate the structure of our government and undergird our most vital democratic institutions" were at stake.

“When DOJ insists that Presidents can lawfully prevent their senior-level aides from responding to compelled congressional process and that neither the federal courts nor Congress has the power to do anything about it, DOJ promotes a conception of separation-of-powers principles that gets these constitutional commands exactly backwards," Jackson wrote. "In reality, it is a core tenet of this Nation’s founding that the powers of a monarch must be split between the branches of the government to prevent tyranny.

"As far as the duty to appear is concerned, this Court holds that Executive branch officials are not absolutely immune from compulsory congressional process—no matter how many times the Executive branch has asserted as much over the years—even if the President expressly directs such officials’ non-compliance," she continued. "This result is unavoidable as a matter of basic constitutional law, as the Miers court recognized more than a decade ago."

Jackson concluded: "Today, this Court adds that this conclusion is inescapable precisely because compulsory appearance by dint of a subpoena is a legal construct, not a political one, and per the Constitution, no one is above the law. That is to say, however busy or essential a presidential aide might be, and whatever their proximity to sensitive domestic and national-security projects, the President does not have the power to excuse him or her from taking an action that the law requires."

In May, White House Counsel Pat Cipollone penned a letter to Nadler notifying him that McGahn would not comply with the Democrats' subpoena, which sought certain White House records given to McGahn that are related to Mueller's investigation. 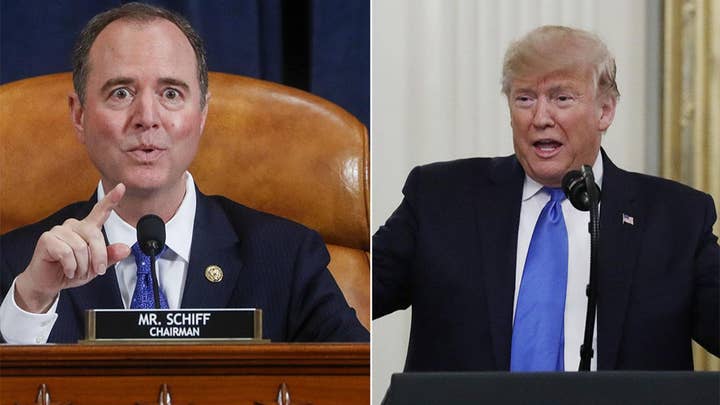 Monday's ruling comes hours after House Intelligence Committee Chairman Adam Schiff, D-Calif., signaled he would soon hand over a report -- and control over the impeachment probe -- to the House Judiciary Committee. However, Schiff also left open the possibility that more hearings before his panel could be possible.

“Today’s McGahn ruling is a very significant victory for congressional oversight, and for the American people," Schiff said late Monday. “With today’s ruling, the courts have made it absolutely clear – first with Harriet Miers and now with Don McGahn – that absolute immunity is not a legitimate basis by which to prohibit senior White House officials from testifying before Congress. To those witnesses who hide behind fallacious claims of absolute immunity, this ruling shows again how meritless their position remains."

Separately on Monday, the Supreme Court put a temporary hold on a lower court decision ordering accounting firm Mazars to turn over Trump tax return records, for now.  The high court said it would entertain a writ for certiorari, essentially a formal appeal to the Supreme Court to hear the case on the merits, from the president by noon on Dec 5. If that writ is denied, the stay will be lifted.

Otherwise, the stay will remain in place until the Supreme Court hears and decides the case.