A planned February fundraiser in Florida for U.S. Sen. Josh Hawley was canceled Saturday as hotel chain Loews Hotels decided to pull out of the event.

The Loews cancelation was among the latest examples of fallout facing Republicans following the Jan. 6 riot at the U.S. Capitol in Washington.

It came after liberal Florida attorney Daniel Uhlfelder obtained a flyer for the Hawley event and posted it online, referring to Hawley as a "traitor" and asking the hotel chain why it was supporting the Missouri Republican.

Uhlfelder praised the Loews decision, saying the company "did the right thing" by canceling Hawley, who was among the GOP lawmakers leading the effort to oppose Democrat Joe Biden’s Electoral College victory over President Trump.

Loews owns the Portofino Bay Hotel at Universal Orlando, where Hawley was to be the featured guest at a family-oriented event Feb. 12-15 organized by Fighting for Missouri, a group that raised more than $272,000 for the senator last year, the Sentinel reported. 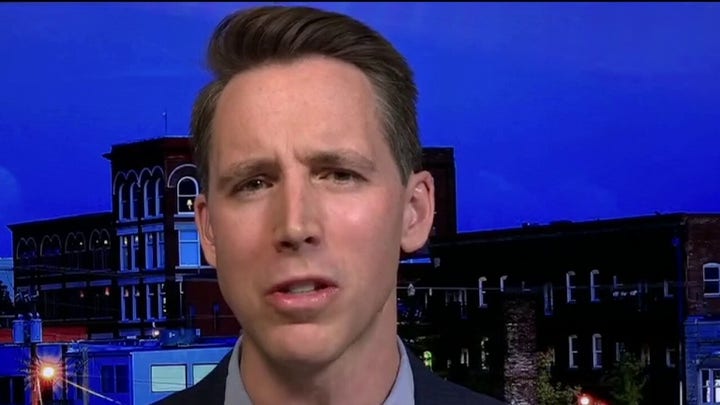 After Uhlfelder posted the flyer online, Democratic lawmakers and anti-Trump groups put pressure on the hotel chain, the Sentinel reported.

The critics included Florida state Rep. Anna Eskamani, a Democrat, and The Lincoln Project, a group of anti-Trump Republicans, according to the newspaper.

Uhlfelder attracted media attention in May when he dressed as the Grim Reaper and visited Florida beaches to shame visitors and criticize Republican Florida Gov. Ron DeSantis for not closing the recreational areas amid the coronavirus pandemic.

The lawyer later took criticism himself when he was spotted at crowded George Floyd protests in June.

Earlier this month, Hawley lost a deal with publisher Simon & Schuster, which canceled the senator’s book, "The Tyranny of Big Tech," following the Jan. 6 riot.

Hawley blasted the decision, accusing the publisher of bowing to the "woke mob."

In an op-ed Wednesday, Hawley also pushed back at the notion that he had helped incite the violence on Jan. 6.

"Much of the media and many members of the Washington establishment want to deceive Americans into thinking those who raised concerns incited violence, simply by voicing the concern," Hawley wrote in the Southeast Missourian. "But democratic debate is not mob violence. It is in fact how we avoid that violence."

Meanwhile, former staffers of Claire McCaskill – the Democrat whom Hawley defeated for his Senate seat in 2018 – have formed a super PAC with an eye toward ousting Hawley in 2024, Politico reported. The anti-Hawley group is called JOSH, for Just Oust Seditious Hacks, the report said.

If the Hawley camp was intimidated by the move, it wasn’t letting on.

"We expect Claire McCaskill and her team will be as effective with this campaign as they were with the last," Hawley spokeswoman Kelli Ford told Politico. "They wasted more than $60 million in 2018 – and lost – after Missourians rejected McCaskill’s failed liberal policies."