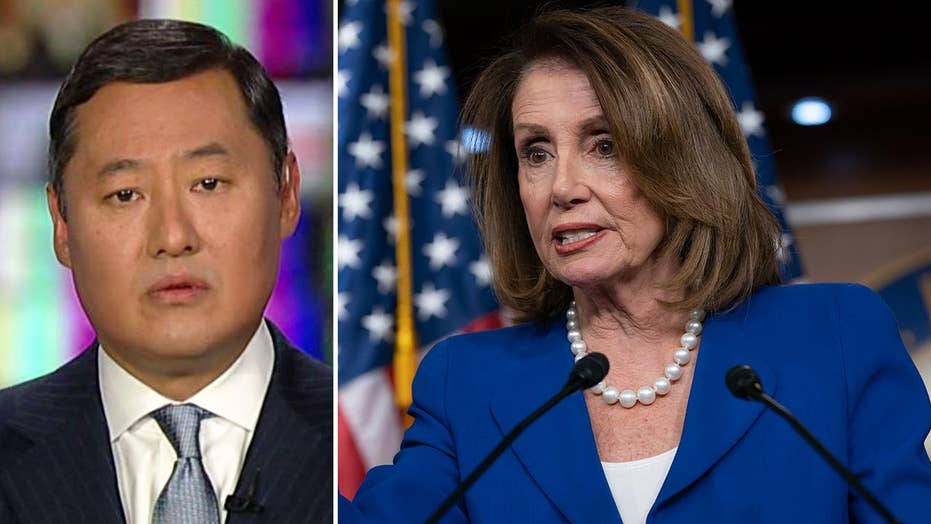 John Yoo: Nancy Pelosi's demand for the Mueller report right away is a publicity stunt

Former deputy assistant Attorney General John Yoo labeled calls from the Democrats for Special Counsel Robert Mueller's full report to be released as nothing more than a "publicity stunt."

“I think Nancy Pelosi's demand for the report right away is just a publicity stunt,” Yoo told “America’s Newsroom.”

“But there's something worse behind it which is are we really willing to sacrifice the long term, long-time rights of criminal suspects and witnesses who've long cooperated with law enforcement because of the secrecy provided by a grand jury.

"That's what Attorney General Barr is going through the report right now with his staff to delete or redact from the report. In exchange for the hill getting your report a week or two earlier.”

“No thank you, Mr. Attorney General,” Pelosi said. “I don’t need your interpretation.”

“Show us the report. We have to see the facts.”

“I don't see why Nancy Pelosi or other members on the Hill need to get the report to it's faster and in exchange sacrifice the law that was approved by Congress which gives protections to give confidentiality to witnesses and people who cooperate with law enforcement.” Yoo reiterated on "America's Newsroom."

He also criticized members of Congress for being overly dependant on the Mueller report saying they want to use it as a sort of scapegoat instead of doing their own investigation.

“I think what is going on here is that Congress doesn't want to do the work Congress can do the same work that Mr. Mueller did. They have the right to subpoena witnesses and they can bring the same people that Mueller interviewed and bring them before the Hill,” Yoo said.

“They don't want to do that because it's a lot of work and they don't want to take accountability, responsibility. It's much easier to let Mueller do it, have someone redact it and then claim some great political scandal. But Mueller doesn't have a monopoly on the truth. If Congress wants to investigate it they can and they should.”