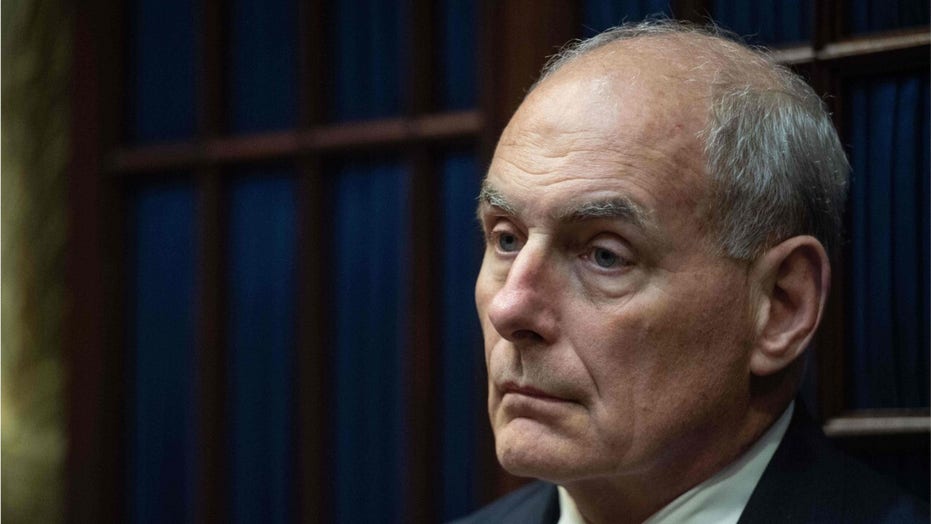 John Kelly: Where is he now?

What happened to John Kelly? The former Secretary of Homeland Security served as President Trump’s chief of staff for 18 Months before he was let go.

Kelly, who was plucked from his role as Secretary of Homeland Security to serve as chief of staff, held down the position for about 17 months, making him Trump’s longest-serving chief of staff. In January 2019 he was succeeded by acting Chief of Staff Mick Mulvaney.

So, between his ousting from the Trump administration at the end of 2018 and commenting on impeachment matters, where has John Kelly been?

“When I terminated John Kelly, which I couldn’t do fast enough, he knew full well that he was way over his head. Being Chief of Staff just wasn’t for him,” Trump tweeted last week. “He came in with a bang, went out with a whimper, but like so many X’s, he misses the action & just can’t keep his mouth shut, which he actually has a military and legal obligation to do,” Trump continued.

In this June 21, 2018 photo, White House chief of staff John Kelly listens as President Donald Trump speaks during a lunch with governors in the Roosevelt Room of the White House in Washington. (AP Photo/Evan Vucci)

Kelly, a retired four-star Marine Corps general, defended Lt. Col. Alexander Vindman, saying he did exactly “what we teach them to do from cradle to grave,” by reporting Trump’s July 25 phone call with Ukrainian President Volodymyr Zelensky to his higher-ups at the NSC.

“If John Bolton says that in the book, I believe John Bolton,” Kelly said, according to the Sarasota Herald-Tribune. He added that "John's an honest guy. He's a man of integrity and great character, so we'll see what happens."

WHO IS JOHN KELLY? A LOOK AT TRUMP'S WHITE HOUSE CHIEF OF STAFF

But before his recent stint back in spotlight, Kelly had laid low for a few months, after causing a stir when he joined the board of a migrant detention facility.

In May of 2019, Caliburn International confirmed that Kelly had joined its board of directors. Caliburn is the parent company of Comprehensive Health Services, which operates the nation’s largest facility for unaccompanied migrant children, which is located in Homestead, Fla., and three others in Texas.

As Kelly joined the board the facility underwent a massive expansion and has added hundreds of beds per month. About 2,500 children were detained there as of May, ages 13-17, after they crossed the U.S.-Mexico border without a parent or guardian. An executive order on ethics issued by President Donald Trump in 2017 doesn't appear to prevent Kelly and other White House officials from joining boards, but it does ban lobbying activities.