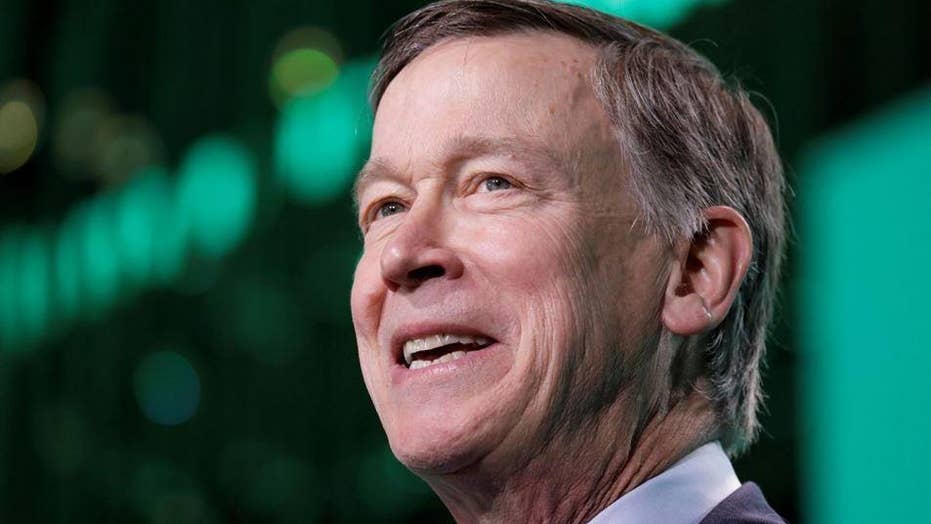 Cue groans from the crowd.

Former Colorado governor and 2020 Democratic hopeful John Hickenlooper sought to flip the script when asked during a CNN town hall Wednesday night if he would choose a female running mate, as some of his male competitors have vowed to do.

However, he wasn’t done.

“Well, I’ll ask you another question,” he continued. “But how come we’re not asking more often the women, ‘Would you be willing to put a man on the ticket?”

Lauren Hitt, a spokesperson for Hickenlooper, tweeted about the comment.

“Making the point that the media too often discounts the chances of women winning the nomination themselves,” she tweeted.

Following the town hall, Hickenlooper told CNN he stood by his response and said “too often [the] media discounts the chance of a woman winning.”

“That is what I am talking about. People can take it out of context,” he continued.

Last week, Sen. Cory Booker, D-N.J., said during a campaign stop that the Democrats would definitely have a woman on the 2020 ticket.

“If I have my way, there will be a woman on the ticket,” he continued.