Joe Scarborough said Friday that Republican “extremism” on abortion “is scaring the hell out of a lot of Americans who might even be pro-life,” responding to the recent passage of the controversial bill in Alabama which makes nearly all abortions in the state illegal and makes performing one a felony.

The MSNBC host added that GOP “extremism” on the issue has them “snatching defeat from the jaws of victory.”

The law in question will make performing an abortion in Alabama a felony, punishable by up to 99 years or life in prison unless the mother’s health is at risk, with no exceptions for women impregnated by rape or incest.

Scarborough opened the "Morning Joe" segment with a clip of House Minority Leader Kevin McCarthy, R-Calif., saying Alabama’s new abortion law goes too far. McCarthy declined, however, to say whether it should be overturned. 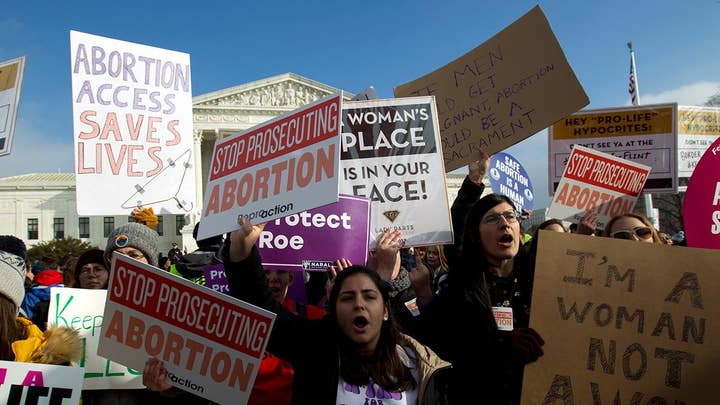 When asked if he thinks the law goes too far McCarthy answered Thursday, “It goes further than I believe, yes.”

Scarborough weighed in on the growing backlash surrounding the new law and how Republicans are navigating through it, calling it an “overreach.”

“I know a lot of Democrats were concerned when New York state passed abortion bills that I think 14, 15 percent of Americans supported,” Scarborough said on Friday.

New York passed a law that mostly allows abortions until the point of birth, with critics calling it infanticide.

He continued, “Now Republicans have snatched, as they often do, they have snatched defeat out of the jaws of political victory and have gone the other way and their extremism is scaring the hell out of a lot of Americans who might even be pro-life and, you know, those educated, suburban, Republican women that started to move away from the Republican Party in 18, they’re in a full-out sprint now.”