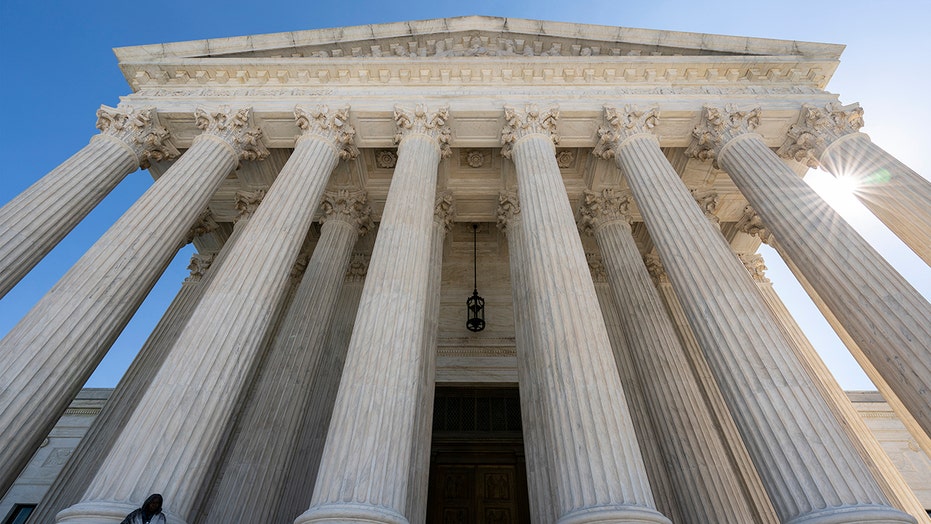 Rally outside Supreme Court ahead of vote to confirm ACB

Democratic presidential nominee Joe Biden told "60 Minutes" he is going to form a commission to examine "how to reform the court system" after playing coy with the media about his stance on court packing.

"If elected, what I will do is I'll put together a national commission, a bipartisan commission of scholars, constitutional scholars, Democrats, Republicans, liberals, conservatives," Biden said in a clip released on Thursday. "I will ask them to, over 180 days, come back to me with recommendations as to how to reform the court system because it's getting out of whack."

"It's not about court packing," he continued. "There's a number of other things that our constitutional scholars have debated, and I've looked to see what recommendations that commission might make. ... There's a number of alternatives that go well beyond packing."

Biden claimed that "a lot of conservative constitutional scholars" agree that this issue needs to be revisited.

"The last thing we need to do is turn the Supreme Court into just a political football, whoever has the most votes gets whatever they want," he said. "Presidents come and go. Supreme Court justices stay for generations."

“In recent weeks, Vice President Biden has gone farther than ever before to discuss the need to reform our Supreme Court, and that has been very encouraging," Demand Justice said in a statement. "But the Republicans’ decision to plow forward with Amy Coney Barrett’s nomination in the midst of a national election requires a more urgent response than a study that will take 180 days to complete. We certainly do not need a commission to tell us that Republicans are on the verge of stealing their second Supreme Court seat in four years[.]"

Democrats have accused Republicans of packing the courts by filling vacant judgeships and proceeding with President Trump's nomination of Judge Amy Coney Barrett to the Supreme Court so close to Election Day.

Biden dodged questions on court packing at campaign stops in Ohio earlier in October, but did say he is "not a fan" of the practice.

"The court packing is going on now," Biden told WKRC Local 12 in Cincinnati. "Never before, when the election has already begun and millions of votes already cast, has it ever been that a Supreme Court nominee was put forward, has never happened before. ... I've already spoken on, I'm not a fan of court packing, but I don't want to get off on that whole issue."