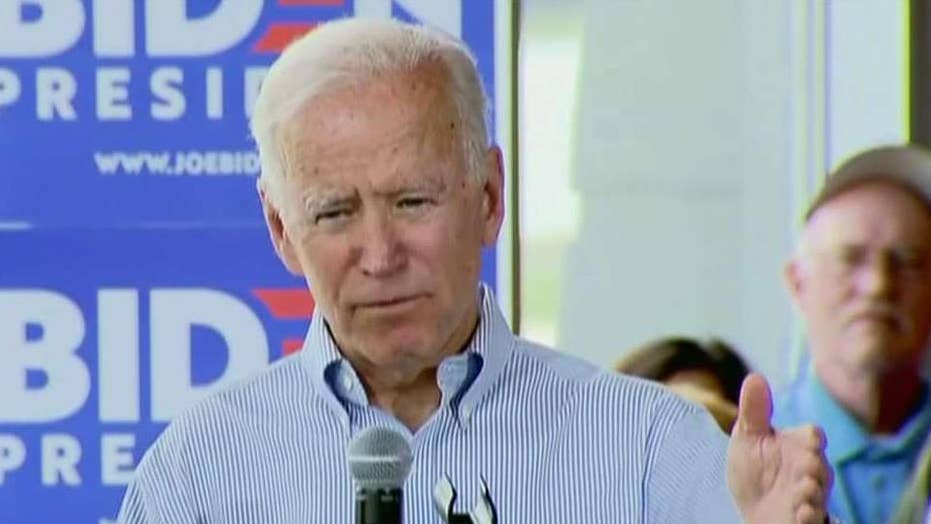 Former Vice President Joe Biden made a bold promise on Tuesday to "cure cancer" if he is elected president in 2020.

At a campaign event in Ottumwa, Iowa, Biden expressed the difficulty one faces with a "loss" of a family member and others attempt to comfort them saying, "'I know how you feel'" when in reality they have "no idea how I feel," which is likely in reference to the loss of his son Beau Biden, who died in 2015 from brain cancer.

"That's why I've worked so hard in my career to make sure that... I promise you if I'm elected president, you're going to see the single most important thing that changes America, we're gonna cure cancer," Biden declared.

His remarks were welcomed with applause.

In 2016, Biden headed the "Cancer Moonshot" program during the Obama administration in a renewed effort to find a cure for cancer. He also launched the Biden Cancer Initiative after leaving office.

The Democratic frontrunner took some shots at President Trump while campaigning in Iowa, calling him an “existential threat" to the country.