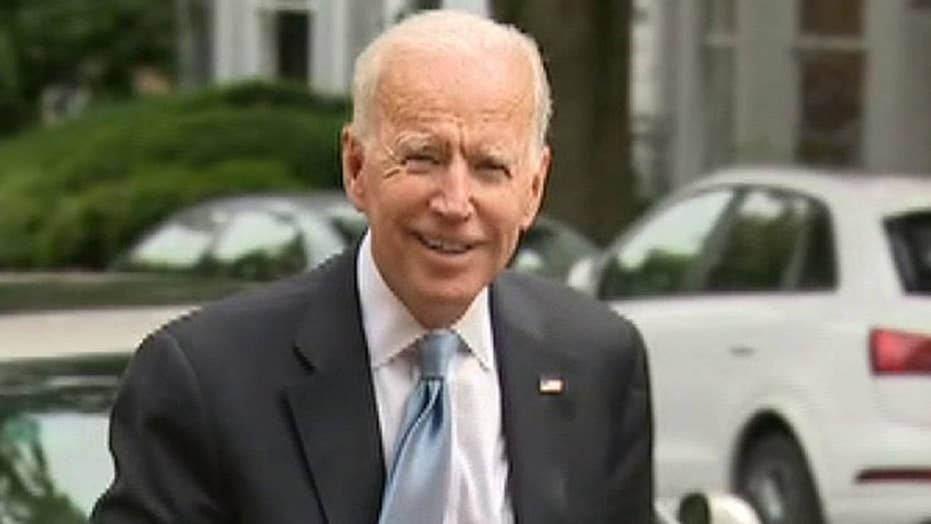 The 2020 presidential candidate is positive about his poll numbers in Iowa ahead of a campaign visit to the key primary state.

In what could be a preview of next year’s general election campaign for the White House, both President Trump and former Vice President Joe Biden will go head to head on Tuesday as they each make stops in Iowa, the state that kicks off the presidential caucus and primary calendar.

And Biden, the clear front-runner right now in the race for the Democratic presidential nomination, is using the opportunity to blast the Republican president for threatening tariffs on global trading partners. Warning of the impact it’s had on American farmers and manufacturers, Biden plans to call Trump an “existential threat” to the nation.

“You know, Donald Trump and I are both in Iowa today. It wasn’t planned that way, but I hope Trump’s presence here will be a clarifying event,” Biden will say during an evening speech in Davenport, according to prepared remarks.

The former vice president’s remarks, released early Tuesday morning by his campaign, contain more than 40 mentions of Trump by name, including some of Biden’s most blistering attacks to date on the president. 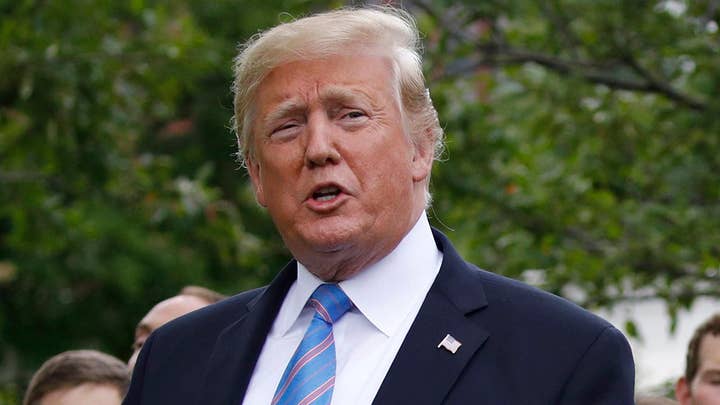 The president responded, even before arriving in Iowa, calling Biden "the weakest mentally."

In a free-ranging back and forth with reporters on the White House lawn before departing for Iowa, Trump claimed "it looks like he’s failing, it looks like his friends from the left are going to overtake him very soon,” Trump said. “When a man has to mention my name 76 times in his speech, that means he’s in trouble. He’s a different guy. He acts different than he used to. He looks different than he used to.”

“I’d rather run against, I think, Biden than anybody,” Trump added. “I think he’s the weakest mentally and I think Joe is weak mentally. The others have much more energy.”

Biden, in his speech later in the day, will argue that “America’s farmers have been crushed by his tariff war with China. No one knows that better than Iowa,”

Biden will add that Trump "thinks he’s being tough. Well, it’s easy to be tough when someone else is feeling the pain.”

Spotlighting the anxiety he said farmers are feeling, Biden will ask “how many have had to stare at the ceiling at night wondering how they’re going to make it? How many sleepless nights do you think Trump has had over what he’s doing to America’s farmers?”

Answering his own question, the former vice president plans to say “just as many as he had when he stiffed the construction workers and electricians and plumbers who built his hotels and casinos. Zero.” And questioning why the president “just backed off his tariff threat with Mexico because he got some tough new deal,” Biden will say “maybe there’s some secret development yet to be revealed— but based on what we know, it seems more like old wine in new bottles.”

Biden will also argue that “the truth is he’s scared – his economic folks told him his tough talk was about to cost to him Michigan and Ohio and Iowa.”

The president on Friday dropped the latest tariff threat as he announced that the U.S. and Mexico had reached a deal to stem the flow of migrants.

Amid criticism from Democrats, the president tweeted Monday that a “very important” part of the agreement with Mexico would be “revealed in the not too distant future.”

And, in an interview with CNBC, he touted, “If we didn’t have tariffs we wouldn’t have made a deal with Mexico.”

“This is something the U.S. has been trying to get for over 20 years with Mexico. As soon as I put tariffs on the table it was done — it took two days,” he said.

DEBATE OVER THE DEBATES: SOME DEMOCRATS FUME OVER DNC CRITERIA AS CUT OFF LOOMS

The president will be along the western edge of Iowa on Tuesday, visiting a renewable energy facility in Council Bluffs before headlining a state GOP fundraiser in West Des Moines.

Biden will campaign in the eastern part of the crucial caucus state, with stops in Ottumwa and Mt. Pleasant before giving his speech in Davenport. He’s also expected to hammer the president over climate change and health care.

“I believe Trump is an existential threat to America,” Biden will say.

"The idea that he would say that the president poses any type of threat is truly laughable, considering he was part of the administration that allowed Russia to interfere in our election," Sanders elaborated.

The former vice president’s trip – his second to Iowa since launching his 2020 presidential campaign in late April – comes two days after he skipped the first major cattle call of the year in Iowa.

Biden took some incoming fire for missing the Iowa Democratic Party’s Hall of Fame dinner, which was held Sunday in Cedar Rapids. Nineteen of the nearly two-dozen candidates spoke at the annual gathering.

Speaking Monday night at a fundraiser in the nation’s capital, Biden fired back.

“One of my competitors criticized me for not going to Iowa to talk for 5 minutes," he said according to a pool report. "My granddaughter was graduating. It was my daughter’s birthday. I would skip inauguration for that."

And Biden will address the sniping again in his Davenport speech.

"I guess some folks were surprised I made that choice, but I don't know why," he will say. "There are some things more important than running for president -- and my daughter and granddaughter are two of them. So I'll make the same decision every time."

With seven months to go until the Iowa caucus, Biden remains the front-runner in the Hawkeye State. A Des Moines Register/CNN  poll released Sunday indicates the former vice president with 27 percent support, followed by Sen. Bernie Sanders of Vermont at 15 percent, Sen. Elizabeth Warren of Massachusetts at 12 percent, South Bend, Indiana Mayor Pete Buttigieg at 10 percent, and Sen. Kamala Harris of California at 9 percent. Everyone else in the field registered at 2 percent or less.