In a newly posted video, Joe Biden can be seen telling a young activist he "started this whole thing" in response to a question about climate change activism

Move over Al Gore, Joe Biden is stealing your shine.

Or at least, based on a video posted online over the weekend, the former vice president may be trying to.

In a video posted on Saturday, Biden is seen fielding a question from a member of the Youth Climate Strike, a group which organized over 100 marches worldwide by young people to protest climate change in March.

The young woman told Biden about the group's push to get all 2020 presidential candidates to support a forum to discuss climate policy before the former vice president interrupts her.

"You know, I'm the guy that did all this stuff," Biden responded. "Read RealClearPolitics, it'll tell you how I started this whole thing back in '87 on climate change."

He then tells the girl to "send what they need," adding that he guarantees he'll "be a leader." 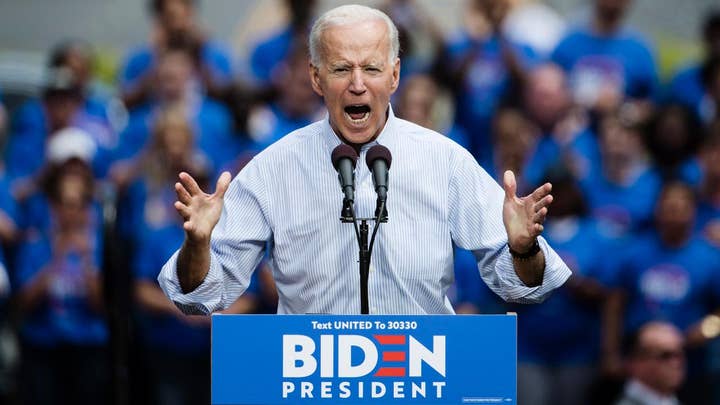 The US Youth Climate Strike Twitter account posted the video along with the caption: "Hey @JoeBiden, we’re happy to hear you care about climate policy, but we didn’t get to finish. We were gonna ask if you would commit to a #climatedebate. Will you?"

Biden also referenced his history as a pioneer in the climate change reform movement during a speech in Iowa earlier this month.

In 1987, Biden did introduce a bill, the Global Climate Protection Act, that was signed into law by President Reagan. Its goal was to develop a task force to ascertain the best ways to stem the impacts of climate change.