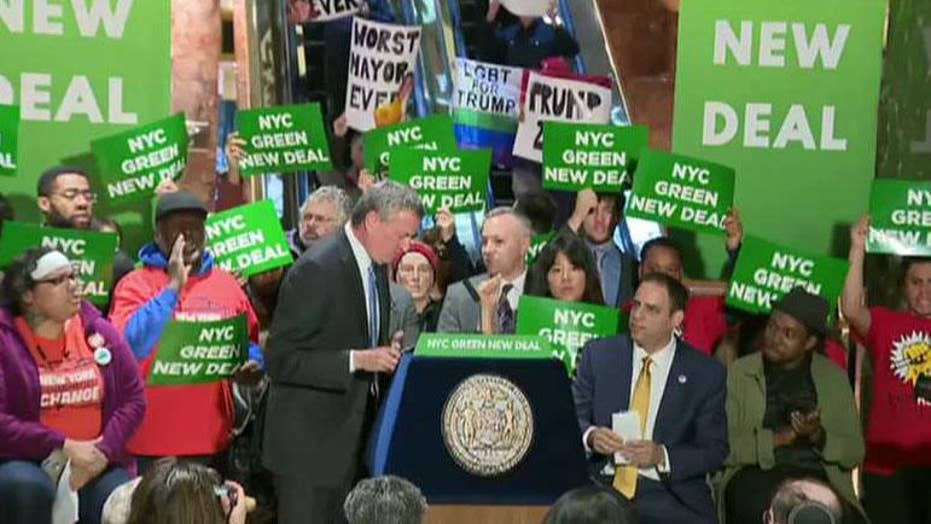 Bill Nye urges action on climate change in foul-mouthed rant; reaction and analysis on 'The Five.'

Fox News' Jesse Watters went after the Democratic Party on climate change and global warming Monday saying they use the issue because they feel guilty for "the success of capitalism."

"If it was a real crisis you would not be joking like that. The whole global warming hysteria is a perfect encapsulation of the Democratic Party," Watters said on "The Five," responding to sketch over the weekend that Bill Nye "The Science Guy" rolled out on HBO's "Last Week Tonight with John Oliver."

"What I am saying is the planet is on [bleep] fire. There are a lot of things we can do to put them out. Are any of them free? No, of course not. Nothing is free, you idiots," Nye shouted on the show.

Watters argued that there were psychological and policy elements as to why Democrats rally around the global warming issue. 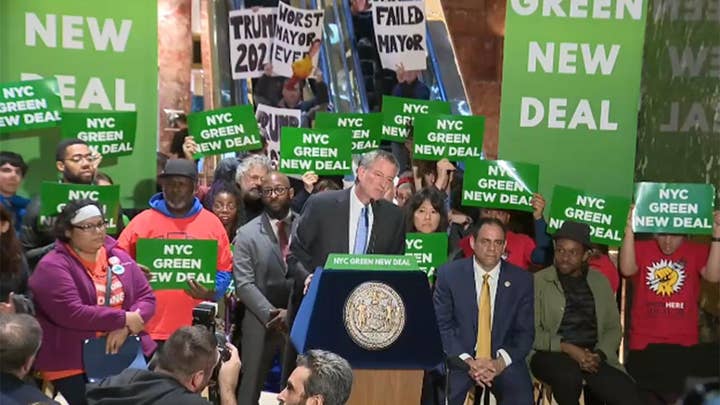 De Blasio faced hecklers and protesters during the event.

The "Watters' World" host also believes Democrats use the issue to implement their policies and that they feel guilty about capitalism.

"In terms of policy, they make people feel guilty and use fear in order to get people to do what they need to do. Because if you think about it all of their solutions to everything is the same. Global warming hysteria is just the Trojan horse to get into all of the things that they want to do," Watters said.

"Regulations, tax heights, ridiculous amounts of spending and attacking oil and gas companies, because this is all about feeling guilty for the success of capitalism. They cannot control capitalism and that drives them crazy."