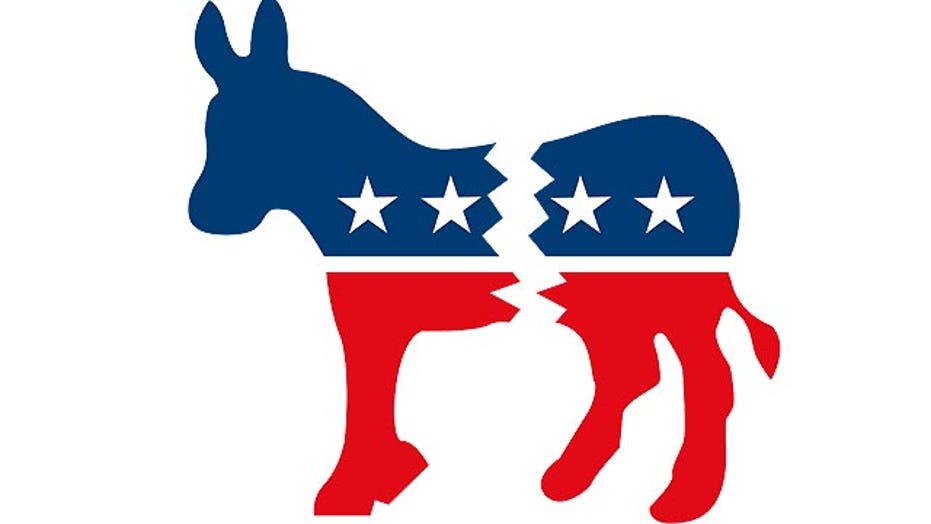 Signs of divide in the Democratic Party

A closer look at mounting problems

With a leadership transition on the horizon on Capitol Hill and President Obama entering his final two years in office, cracks are beginning to show in the Democratic Party.

Most recently, two House Democrats spoke out against their longtime and powerful leader, Nancy Pelosi.

"Nancy Pelosi is not going to lead the Democrats back into the majority," Lynch said.

Fellow Massachusetts Rep. Michael Capuano, who led Pelosi’s transition in 2006 when she was elected speaker, said on the same program that she should leave leadership or change her approach.

"I think we need leadership that understands that, if something you're doing is not working ... change what you're doing," Capuano said.

Capuano later clarified, saying: “Any leader who refuses to change in the face of failure should step aside. I believe, however, that Nancy Pelosi is making the changes necessary to lead House Democrats back to electoral success, and I still believe she will do so.”

Still, both lawmakers had supported Pelosi for the post in January, despite her presiding over significant party losses in the midterms.

In another sign of internal frustration in the party, freshman Rep. Seth Moulton, D-Mass., is now calling for lawmakers to hold elections to determine committee chairs – instead of following a seniority-based process.

Former Indiana Democratic Sen. Evan Bayh told Fox News the developments indicate “frustration because they're in the minority, a substantial minority, and you just can't get much done usually in that situation so that's kind of bubbling up.”

He said: The reality is that with -- if you're gonna get the majority again in the House, they've gotta win swing districts or even somewhat, you know, little red districts. And with all the moderates having been defeated in recent years, if the party moved to the left in the House, that's just not a great political strategy for getting back the majority in the House.”

Across the Capitol, Senate leadership is going through a significant transition.

That included convincing the man ahead of him in Democratic leadership – Illinois’ Dick Durbin.

Yet when Durbin aides suggested the two had a handshake agreement on a mutual endorsement (for Durbin to be whip), Schumer spokesman Matt House told reporters: "That did not happen and they know that."

Schumer has also jabbed the White House on its Iran nuclear framework announced last week, saying he strongly believes Congress should have the right to disapprove any agreement and supports a bill allowing that.

Meanwhile, as Obama tries to generate momentum for a Trans-Pacific Partnership trade deal, Massachusetts Democratic Sen. Elizabeth Warren said it should raise “alarm bells” for everyone, and has accused the administration of lacking transparency.

"They refuse to make the text of the trade agreement public. If they are sure that they fixed this problem, they need to show us the new provisions, not wave their hands around and say don't worry," Warren said on an Alliance for Justice conference call on March 11.

Bayh, though, suggested the friction now could give way to better times soon for Democrats.

“I do think with a new president, potentially new leaders, certainly for Democrats in the Senate --who knows about the House -- there may be a season for governing where people might actually find more common ground, starting all over with a blank sheet of paper,” Bayh said. “That would be a good thing for the country.”