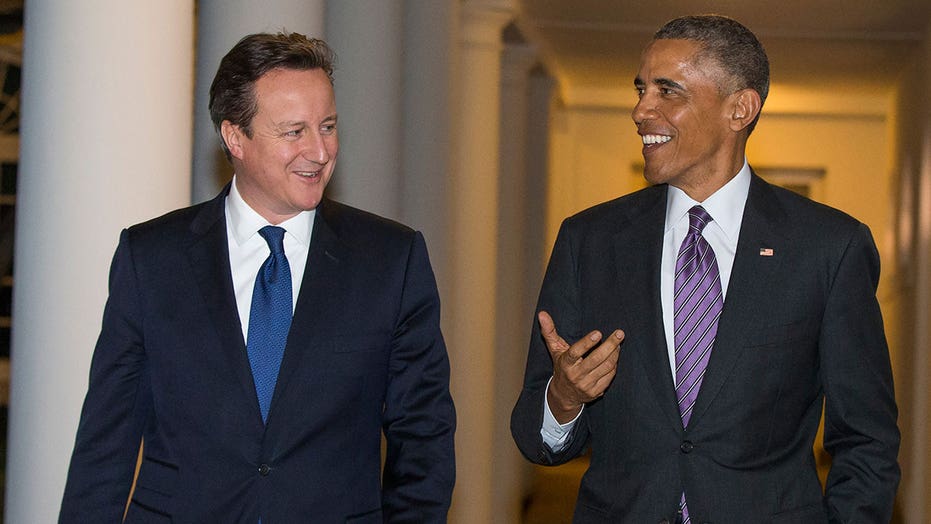 Why is your tax money being used to promote US-UK relations?

Log onto the National Debt Clock, its Arabic numerals ceaselessly in motion, struggling to keep up with the ever-accumulating red ink of our federal Treasury, and the effect borders on the hypnotic: It’s hard to turn away once your eye has landed on the jumble of numbers, each one further binding the hands of our children and grandchildren.

As this story was being uploaded, the national debt was closing in on $19.12 trillion – a sum so staggering that to contemplate the removal from it of a mere $90,000 might seem pointless. What, after all, is 90,000 against 19 trillion? In those terms, such an expenditure truly is a drop in the ocean of red ink. But what if the question were turned around: What else could be purchased with $90,000 that might carry real value to the federal government – indeed, to our national security?

That is the question posed by Republican Sen. Rand Paul of Kentucky, who – fresh from his desultory campaign for the presidency – is back on Capitol Hill, drawing attention to what he sees as lavish and/or foolhardy spending by the federal government, in a project he calls The Waste Report.

High on his list is a plan by the U.S. Embassy in London, slated to go into effect this month, to spend $90,000 on the development of a grant program, under which the Embassy will award sums – ranging from a low of $250 to a high of $40,000 – to individuals and organizations that can produce films, art projects, speaking programs and other events promoting “mutual understanding” between the people of America and Great Britain.

Considering the U.S. and Great Britain already are the closest of allies, Paul questions – why the grant?

“You know, if we had a great surplus and we said, ‘Oh, we want to spend some money, you know, having tea with the English,’ that'd be one thing,” the senator told Fox News in a recent interview. “But we don’t have any money. We borrow a million dollars a minute and we’re completely out of money.”

Indeed, public opinion surveys show Americans already harbor pretty good feelings toward the country from which the U.S. secured its independence some 240 years ago. Gallup’s Country Ratings record that 90 percent of Americans view Great Britain favorably, second only to the 93 percent registered for Canada. No other countries crack the 90 percent threshold.

Likewise, the Pew Research Center’s surveys on “Global Attitudes & Trends” record that 65 percent of Britons view the United States favorably, a measurement that places the U.K. behind only four other countries – France, Poland, Italy and Canada – in terms of the positivity with which foreign states view the Land of the Free.

Nor is this a case where the respective populations dig each other while the leaders remain at diplomatic daggers – such as with the U.S. and Iran. “Our alliance stands strong, rooted in its long history,” said British Prime Minister David Cameron when he and President Obama met in January. “We count the United Kingdom as one of our greatest friends and strongest allies,” President Obama replied.

Technically, the grant is allowed. The authority for the expenditure traces back to legislation enacted during the Kennedy era: the Mutual Educational and Cultural Exchange Act of 1961.

“We have this kind of silliness that is built into the law,” Paul said.

But if the U.S. and U.K. are such tight buds, drawing on a reservoir of shared history and values, why does the State Department need to spend $90,000 of your money each year on art projects fostering good relations between the two countries?

“It’s money well spent,” said State Department spokesman John Kirby at the March 9 press briefing, where Fox News pressed the issue. “We do have a special relationship with the U.K. And they are very good friends. ... And like any friendship, all friendships need to continue to be cultivated and need to be continued to be advanced and to improve.”

While noting that the State Department only receives 1 percent of the federal budget, Kirby argued that cultural exchanges with Britons will help shape future generations with whom American politicians will have to deal.

Sen. Paul thinks the money, if not eliminated altogether, can be better spent elsewhere, including on the protection of U.S. diplomats serving in dangerous posts. “We can’t even provide for the basic defense of the country,” he said. “Maybe we don’t have good security in Benghazi because were spending $90,000 on peaceful relations with Great Britain.”

State Department officials testified in October 2012 that it was not budget cuts that informed the series of decisions that almost systematically reduced security for Ambassador to Libya Chris Stevens, one of four Americans slain in terrorist attacks the previous month at the U.S. diplomatic facility in Benghazi, Libya. But Paul’s point remains plausible to some analysts, since money is fungible.

“$90,000 would be enough to pay the salary of a mid-level intelligence analyst,” said Fred Fleitz, a 25-year veteran of the Central Intelligence Agency, the State Department and Capitol Hill. “One analyst could make a difference because it's not the amount of data that's the problem; it's the ability to go through this data, to write search queries to make sense of this data. There's been many examples where analysts saw something that no one else saw and flagged it up the chain and made a big difference.”

One high-ranking Obama administration official who would appear to agree with the need for greater spending on human intelligence analysts is the Director of National Intelligence, James Clapper.

“Our most important resource is our people,” Clapper told House lawmakers in February 2014. “The compromises, decisions we've made, and then the budget reductions occasioned by sequestration or sequestration-like reductions is – the cumulative effect of all this is what I worry about and the reduction in our capacity. It's not as great as it was, say, a year or two ago. And if we continue, you know, these cuts, it will continue to have a negative impact.”