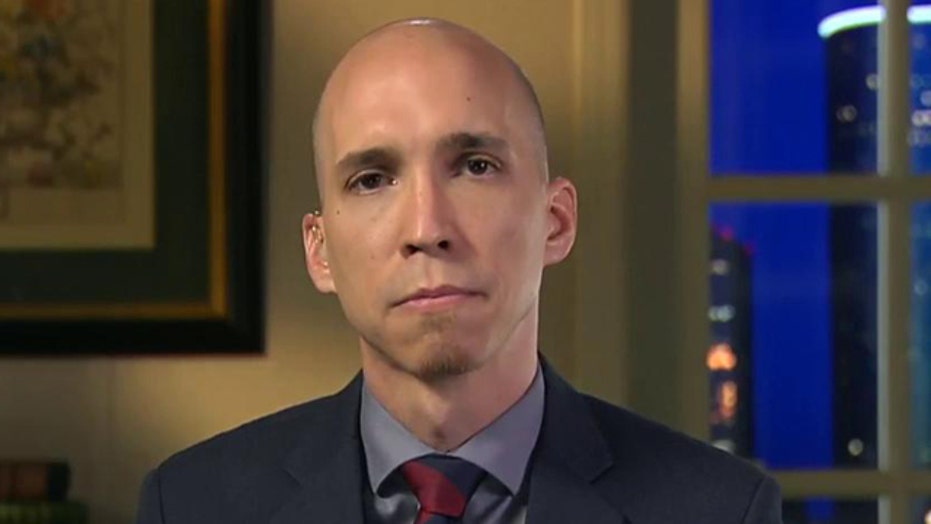 The Islamic militants reportedly expanded their drive near Iraqi Kurdistan Saturday despite two U.S. airstrikes aimed at mortar positions and a seven-vehicle convoy to stop the advance on Kurdish capital of Irbil.

The Wall Street Journal reported that the militants appear to have their sights on connecting towns seized along the Kurdish-control territory. The most recent town to be seized was identified as Sheikhan.

News of the advance comes hours after U.S. warplanes launched two more rounds of airstrikes against Islamic militants in northern Iraq, taking out two mortar positions and a seven-vehicle convoy. President Obama authorized the use of force to protect U.S. personnel and Iraqi religious minorities facing a possible "genocide."

The chief spokesman for the Pentagon, Rear Adm. John Kirby, said the U.S. launched the latest airstrikes to help defend the city of Irbil, where U.S. personnel are "assisting the government of Iraq." The airstrikes were considered successful.

Senior military officials said the planes in this round of strikes, like those in the first, were launched from the USS George HW Bush in the Persian Gulf. A drone took off from an undisclosed land base and used hellfire missiles to strike its targets.

One Defense Department official summed up the one airstrike in The New York Times, saying, "you know that vehicle and the people in it don’t exist anymore."

The aistrikes mark the deepest U.S. engagement in the country since the troop withdrawal in late 2011. The mission is part humanitarian. C-130 and C-17 cargo aircraft dropped 72 bundles of supplies for the refugees. Included in the aid were more than 28,000 meals and more than 1,500 gallons of water. U.S. cargo planes have also begun airlifting aid to civilians stranded in the mountains of northern Iraq after fleeing from the Islamic State group.

At the same time Obama announced that he was contemplating airstrikes to protect U.S. interests in the region and the approximately 40,000 religious minorities surrounded on Sinjar Mountain, a message by the leader of ISIS originally posted on YouTube in June, resurfaced on Twitter, according to The New York Times.

"You should know, you defender of the cross, that getting others to fight on your behalf will not do for you in Syria as it will not do for you in Iraq," the leader, known as Abu Bakr al-Baghdadi, reportedly wrote. "And soon enough, you will be in direct confrontation — forced to do so, God willing. And the sons of Islam have prepared themselves for this day. So wait, and we will be waiting, too."

Hundreds of women from the Yazidi religious minority have been taken captive by Sunni militants with "vicious plans," an Iraqi official said, further underscoring the dire plight of Iraq's minorities at the hands of the Islamic State group.

Kamil Amin, the spokesman for Iraq's Human Rights Ministry, said hundreds of Yazidi women below the age of 35 are being held in schools in Iraq's second largest city, Mosul. He said the ministry learned of the captives from their families.

"We think that the terrorists by now consider them slaves and they have vicious plans for them," Amin told The Associated Press. "We think that these women are going to be used in demeaning ways by those terrorists to satisfy their animalistic urges in a way that contradicts all the human and Islamic values.”