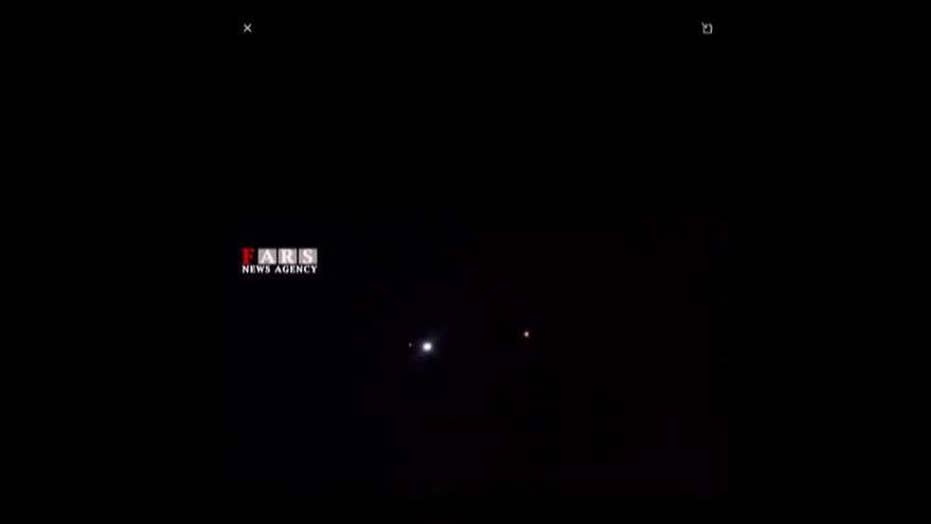 Tehran says it launched surface-to-surface missiles at U.S. bases in Iraq in retaliation for strike that killed Qassem Soleimani.

House Speaker Nancy Pelosi, D-Calif., was handed a note during a House Democratic leadership meeting informing her of the attacks on two military bases in Al-Assad and Erbil, respectively, that house U.S. forces in Iraq. Pelosi returned a phone call to Vice President Pence at approximately 6:34 p.m., when he briefed her on the attack.

"Closely monitoring the situation following bombings targeting U.S. troops in Iraq," Pelosi wrote on Twitter about an hour later. "We must ensure the safety of our service members, including ending needless provocations from the Administration and demanding that Iran cease its violence. America & world cannot afford war."

Both Pence and President Trump have been in contact with members of the administration's national security team and informed members of the congressional leadership of the unfolding situation, according to Katie Waldman, Pence's press secretary.

House Minority Leader Kevin McCarthy, R-Calif., told reporters he wanted a "full evaluation on what happened. We would have to send a clear message back to Iran."

There were no immediate details on any injuries or damages to the bases, but House Armed Services Committee member Michael Waltz, R-Fla., told reporters following the attack that finding out the specifics of the attack will dictate how the U.S. moves forward in its response.

"What I'm watching for as these missiles fall as we speak are, are they hitting infrastructure or are they specifically trying to target Americans and kill Americans," Waltz said. "If they're hitting infrastructure, that could be a signal that while they had to respond they did so in a way that would lead to future de-escalation. But Trump has [said] if you kill Americans like Iran has done since 1979, there will be serious consequences and he'll hold Iran responsible, not the proxies."

Iran has threatened to retaliate against America after a U.S.-led drone strike killed Soleimani and six others early Friday. Tuesday's attack comes after the three-day national period of mourning had ended.

Trump has warned that if Iran attacked the U.S. in any way, he would respond with heavy sanctions and potential attacks, as well.

Rep. Mikie Sherrill, D-N.J., a former Navy helicopter pilot who served in the Middle East, said she was very concerned about the most recent attack, saying it "feels like we’re not moving toward those goals” of a “more stable Middle East.”

Rep. Chris Coons, D-Del., a member of the Senate Judiciary Committee, told Fox News' Martha MacCallum on "The Story" that he is looking for the "president to deliver a clear strategy" to Congress on how to move forward to deeescalate the situation with Iran.

Rep. Debbie Dingell, D-Mich., noted that “We are all praying for Americans."